The most visible change in Windows 8, the new Start screen, has arguably been the focal point of discussion on the Building Windows 8 blog and across the web regarding the upcoming operating system. Starting today, Microsoft is kicking off a set of posts on the blog to better address the concerns of a move to a new launcher mechanism that, to some, appears more touch-friendly than for keyboards and mice. 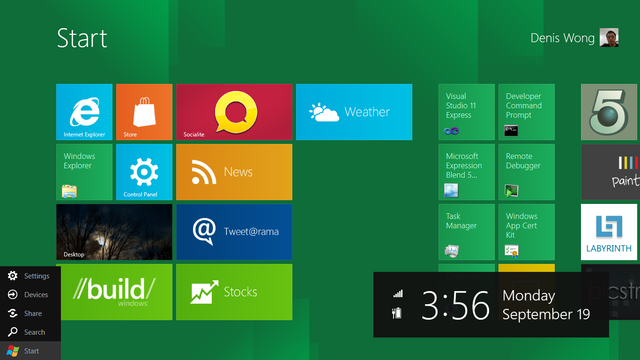 Chaitanya Sareen, a program manager lead on the "Core Experience Evolved" team (also known for his introduction of Windows 7's then-new "Superbar"), begins the post with responses to recurring questions regarding the Windows 8 Start screen and Metro-style applications:

So why the move to a fullscreen launcher? What were the problems with the current Start Menu in Windows 7? According to Microsoft's telemetry data, the usage of the Start Menu actually decreased from Windows Vista to Windows 7. Part of the reason, as Sareen explains, was attributed to the much-improved taskbar introduced in Windows 7, which allowed for one-click launching and switching between most frequently used applications, and for Internet Explorer 9, favourite web sites. 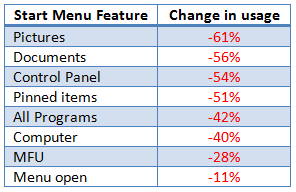 The use of links to user folder locations - Documents and Pictures - fell with the availability of Jump Lists and the ability to pin favourite folders to the Explorer taskbar button. Pinning items to the Start Menu also fell in favour of saving one click by pinning the item to the taskbar, as the following graphs demonstrate: 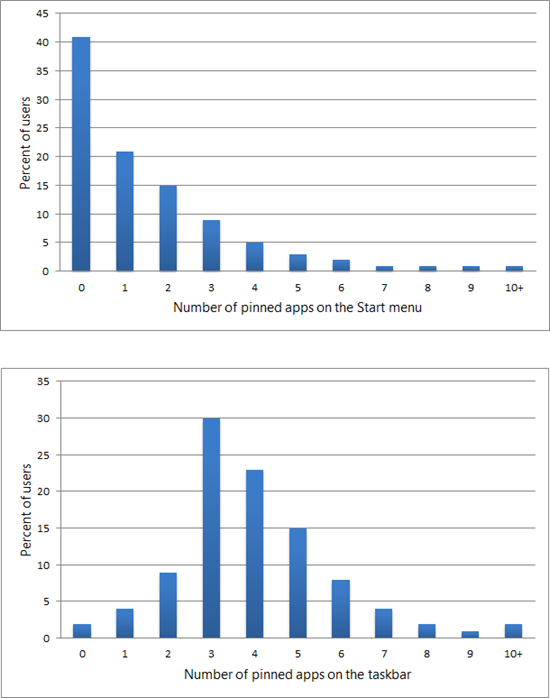 The drop in the use of 'All Programs' is also tied with one of the usability challenges Microsoft identified with the Start Menu, which the new Start screen addresses: