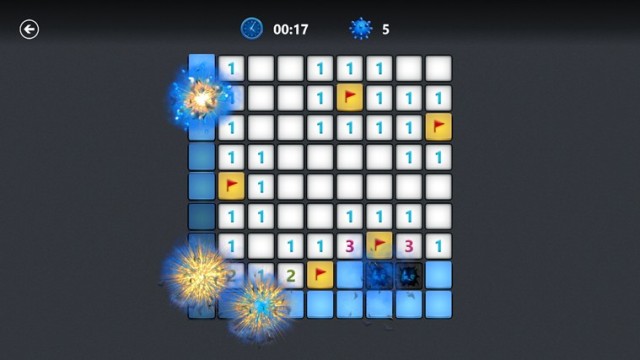 While Microsoft has offered a version of its Minesweeper game as part of its Windows OS since the launch of Windows 3.1, no such game was included in Windows RT.

Players who download the new version of the game will find that it now features two different play modes. The first is the "classic" Minesweeper game, where user simply click on the boxes in a grid and avoid setting off the mines that are hidden underneath some of them. The second way to play is the new "Adventure" mode. According to Microsoft, in this mode users will have to "guide [their] brave hero[s] to the center of the Earth, collecting riches along the way."

The new version of Minesweeper also gives players daily challenges to complete, has Xbox Live achievements to unlock, and offers online leaderboards to compare scores with those from Xbox Live friends. Two more free Microsoft developed games for Windows 8, Solitaire and Mahjong, still do not support Windows RT, although their online descriptions claim that support for that OS is "coming soon."