Microsoft has been turning its Xbox division into more of an entertainment media hub, rather than just a game console business. In the past year it has been adding a number of streaming video services from various entertainment and news sources to the Xbox 360 console. 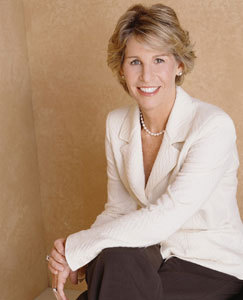 Today, Microsoft announced that it will be opening a new Los Angeles-based studio that will " ... develop interactive and linear content for Xbox and other devices." The studio will be run by Nancy Tellem, who was also named today by Microsoft to be its new Entertainment & Digital Media president.

Tellem was previously the president of CBS Television Studios. Before leaving the company in 2010, she gave the green light to approve TV shows such as Survivor, CSI, and others on both CBS and the CW television networks. Before her time at CBS, she was an executive vice president at Warner Bros. Television, where she helped to guide shows such as Friends and ER.

In the press release, Tellem states:

The Xbox is already a consumer favorite, and we now have a tremendous opportunity to transform it into the center of all things entertainment — from games, music and fitness to news, sports, live events, television series and movies — so consumers have one destination for all their entertainment needs. I look forward to building a studio team that embraces the challenges of creating true interactive content that the Xbox platform supports and to work with talent to create content that will change the way entertainment content is experienced and delivered.

It's clear that with the hiring of Tellem, the current and next version of the Xbox console will not only feature games but original TV show-style video content as well.