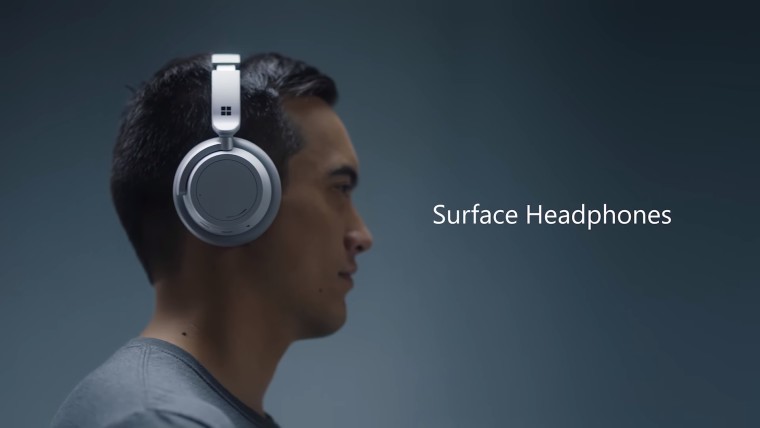 If you are in the market for a pair of wireless noise-cancelling headphones you might want to consider Microsoft’s Surface Headphones, which are currently available for only $249.99 at the company’s official US online store, a cool $100 off the regular price. This isn't the first time the gadget has had its price lowered, with Amazon offering nearly $50 in December. That said, this is a relatively major discount applied to the cans, and you will have plenty of time to decide on whether to pull the trigger since the offer is valid until June 30.

As you may remember, last October, Microsoft surprised many with the announcement of its premium over-the-ear headphones with Cortana integration. They feature an innovative circular dial on the ear cups, which can be used to adjust the volume or tweak the extent of noise cancellation.

Besides Cortana, the Surface Headphones are also compatible with Apple’s Siri and Google Assistant and support smart switching between multiple paired devices. Battery life is up to 15 hours, with support for fast charging via USB-C port. There's also a 3.5mm jack for wired connections.

Microsoft is rumored to be working on Surface Buds, to capitalize on the increasing popularity of wireless earbuds such as Apple’s AirPods. Not much is known about them at this time, but like the Surface Headphones, they are expected to include Cortana, Siri, and Google Assistant support, as well as active noise cancellation.