Microsoft is currently offering significant discounts on Dell hardware, including hundreds of dollars off some of its latest desktops, notebooks and 2-in-1s with the newest, sixth-generation Intel Skylake processors, as well as Alienware devices, and even monitors and other accessories.

But in a separate promotion, Microsoft has also launched a new bundle, which pairs the company's Surface Dock accessory with a 27-inch Dell monitor. 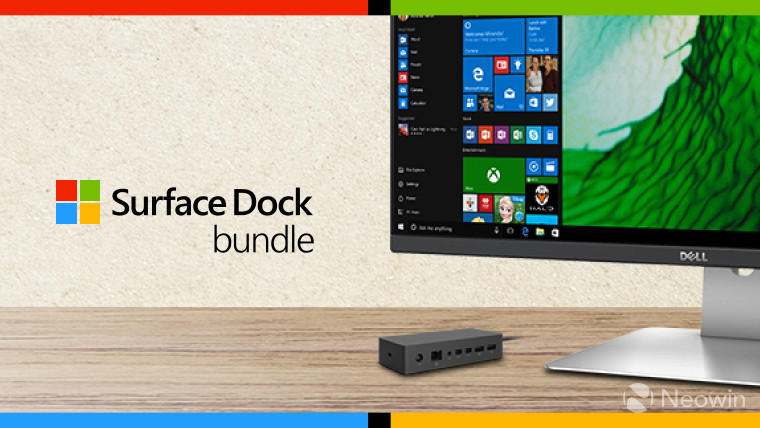 The Dock is compatible with Microsoft's Surface Pro 3 and Pro 4 tablets, and its Surface Book 2-in-1 notebook, and features two Mini DisplayPorts, a gigabit Ethernet port, and four USB 3.0 ports, along with audio-out.

The display included in its new bundle is the Dell 27 Monitor (S2715H), which features an ultra-thin bezel, and an LED-backlit panel with Full HD (1920x1080px) resolution. Its ports include VGA, HDMI/MHL and audio-in, along with two USB 2.0 ports. It also has dual integrated 9-watt speakers, as well as a headphone jack.

The small print on the Store page reveals that the new bundle will be available until March 31, and only in the United States (including Puerto Rico).