Microsoft announced today that the company generated record amounts of revenue for its last quarter, which ended on March 31. Officially, the company said that revenues for Microsoft's fiscal third quarter 2012 came in at $17.41 billion, up six percent from the same period a year ago.

Microsoft's CEO Steve Ballmer is quoted in the press release as saying:

We’re driving toward exciting launches across the entire company, while delivering strong financial results. With the upcoming release of new Windows 8 PCs and tablets, the next version of Office, and a wide array of products and services for the enterprise and consumers, we will be delivering exceptional value to all our customers in the year ahead. 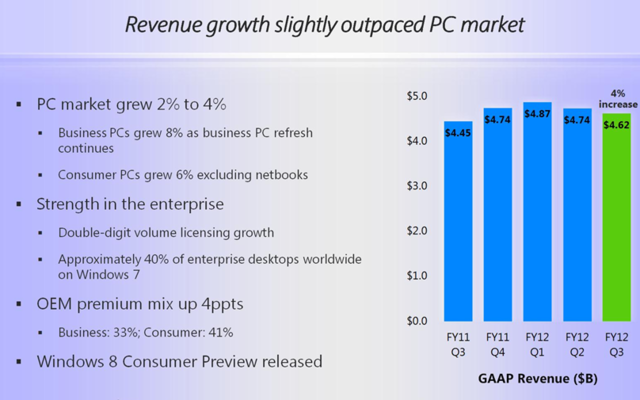 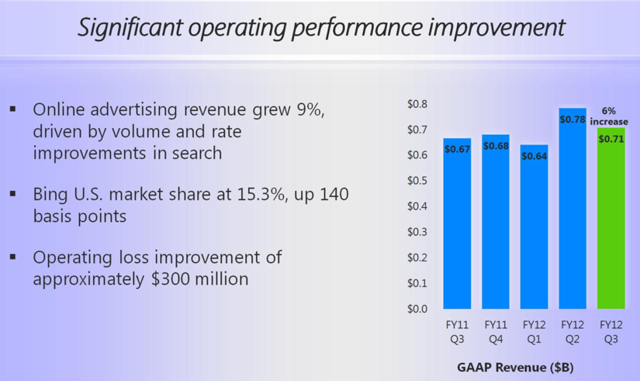