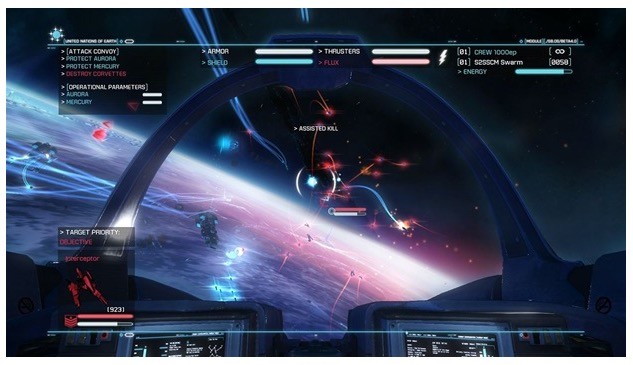 Crimson Dragon was an Xbox One launch title and is the spiritual successor to Panzer Dragoon Saga. The game is a fast paced rail shooter that takes place in a fantasy world and can be played with up to three other people.

Strike Suite Zero was born from a Kickstarter campaign and allows you take on the role of a pilot and fight in space battles. The game has small and large battles and should appease your inner fighter-pilot.

Both Xbox One games are available from August 1-31st while the Xbox 360 games are split between the first 15 days and the last 15 days of the month.

From August 1-15th, you can download Motocross Madness, which is your classic dirt-track racer with the added ability to perform tricks and run through obstacle courses. During the second half of the month, you'll be able to grab Dishonored, which is an award-winning steampunk stealth/action title.

August kicks off this Friday, so set a reminder for later this week so you can download these previously premium games for free.