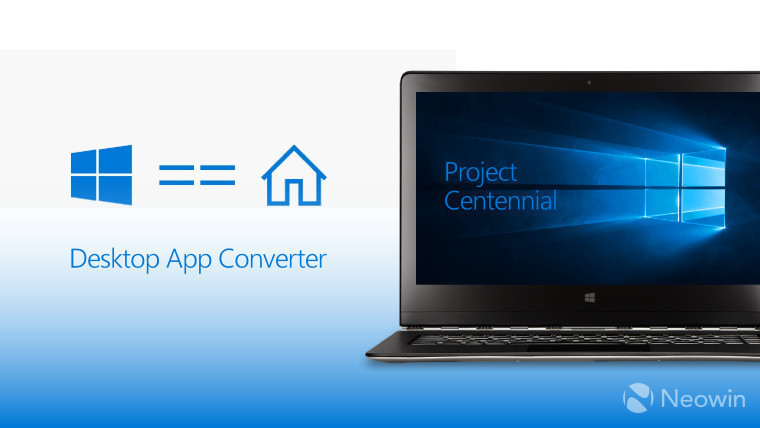 Today is day one of Microsoft's Build 2017 developer conference, and it had a session called 'Bring your desktop apps to UWP and the Windows Store using the Desktop Bridge'. During the session, Microsoft confirmed that there are currently almost 1,000 converted apps in the Store.

During the session, the firm said that two thirds of Win32 apps can be converted without any changes at all. Indeed, there are over 480,000 Win32 APIs, many of which aren't in use by anyone at all, and some of them are only called by one application. Some of these APIs date back to the 1980s.

But back in the 80s, information security wasn't really a thing. As the world became more connected, security became more important and a platform that wasn't built with security in mind needed to be changed. This is where the Desktop Bridge comes in.

Microsoft says that if you've got a Win32 app and it doesn't require elevated permissions, you should be packaging it as an APPX, and hopefully distributing it through the Store. Once you do that, the firm hopes that you'll begin migrating the app to UWP.