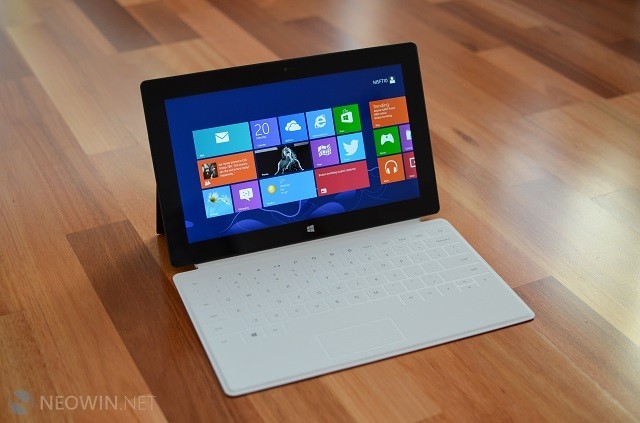 Microsoft had previously announced that the people who were planning to attend the company's Worldwide Partner Conference in Houston this week would be able to purchase the Surface RT or Surface Pro tablet on site at greatly reduced prices, similar to what they offered at TechEd in New Orleans in June. Today, Microsoft revealed that sales of those tablets during WPC 2013 were even higher than they expected.

Just a reminder: Microsoft is selling the Surface RT with a touch cover for just $99 at WPC 2013, while the Surface Pro's price is $399 without the touch cover. Today, during the day 3 keynote address, Microsoft's partners division leader Jon Roskill told the audience that in the first two days, they have sold over 16,000 Surface tablets at WPC 2013.

Apparently, the demand was so massive that WPC attendees had to stand in line for quite a while to get their Surface products. Roskill said that for the final day of the event the line has now been reduced to about a half hour. WPC attendees can also purchase a limited edition Touch Cover for the Surface made especially for the event. While the covers apparently had some issues getting to Houston thanks to hold up at U.S. Customs, they did arrive this week.

Considering that Microsoft has never officially said anything about the sales of its Surface tablets since the Surface RT launched in October, it's interesting that the company felt the need to reveal sales numbers for the tablet as part of WPC 2013.