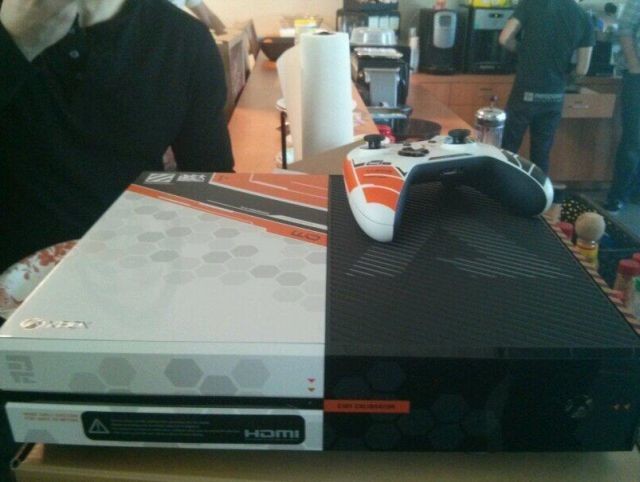 Microsoft is still treating the release of the upcoming multiplayer sci-fi shooter Titanfall as a first party Xbox One game, even though it was developed by Respawn Entertainment and is being published by Electronic Arts. This week, Respawn team members got a cool surprise from Microsoft; custom Xbox One consoles with artwork inspired by Titanfall.

The official Respawn Twitter account posted up an image of the slick looking limited edition console. It's unknown just how many of these models were commissioned by Microsoft. The same design was leaked over a month ago but there's no indication Microsoft plans to sell this version to the general public.

In related news, all of Microsoft's retail stores will open at 9 pm on Monday, March 10th to hold special Titanfall launch parties that will end at midnight when the game can officially be sold. Attendees will also get a chance to win some prizes like an Xbox One Titanfall bundle and more.