Earlier this week, Microsoft posted up a teaser site for their upcoming reveal of DirectX 12, the next major version of its graphics API that's used in nearly every PC game. Now that site has been updated with a Xbox One logo in addition to the Windows symbol. 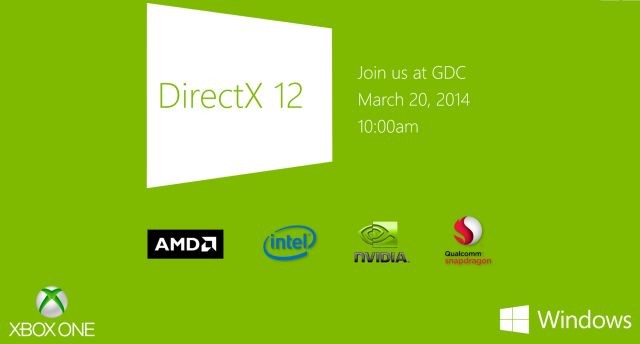 This change to the teaser site would seem to strongly hint that any games that are made with DirectX 12 will work seamlessly with Microsoft's latest home console. The new API's features could also serve as a graphical boost to games made for the Xbox One. Currently, the console supports DirectX 11.2, which is also used in Windows 8.1.

As we have reported before, previous rumors about DirectX 12 claim that it will enable developers to have low-level access to PC hardware, similar to what AMD has created for Mantle, which launched a few weeks ago as a graphics driver for its Radeon line of GPUs.

DirectX 12 will be the subject of a presentation at the 2014 Game Developers Conference in San Francisco on March 20th. However, we may have to wait until at least spring 2015, the projected launch timeframe for Windows 9, before DirectX 12 becomes available.