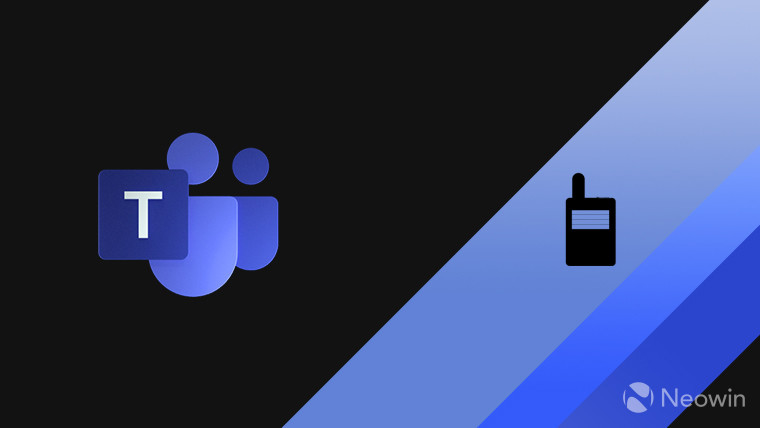 Microsoft today announced a few new features coming to its Microsoft 365 productivity suite, especially for first-line workers, ahead of the National Retail Federation (NRF) tradeshow that is slated to take place next week. The blog post includes features and improvements to Microsoft Teams, Azure AD, Microsoft Graph APIs and SDKs, and more.

The first and the most notable feature is the upcoming introduction of a Walkie Talkie feature in Microsoft Teams. The company says that this feature serves to be a “clear, instant, and secure voice communication over the cloud”, noting that any smartphone or tablet in an organization can be turned into a Walkie Talkie using Teams with a simple push-to-talk ability.

The feature can be accessed right from the bottom navigation bar. Since it uses a cellular connection or Wi-Fi, the company says that it can be “used across geographic locations”. This also negates the need to carry a dedicated physical device for communications, which the firm argues is unsafe since it uses unsecured networks, leading to the issues of crosstalk or eavesdropping.

The addition of this feature in Teams is interesting since other competitor workplace collaboration tools such as Slack do not have such a feature. While Apple added a Walkie-Talkie feature to the Apple Watch with watchOS 5, providing that device for first-line workers might prove to be an expensive addition. The feature in Teams will be available in private preview sometime in the first half of this year.

Other features coming to Teams geared towards first-line workers include Task targeting, publishing, and reporting. This is used for managing tasks for the workers using a Task section in the app. This section can feature task lists and activity lists delegated by higher leadership for first-line workers and can also help with tracking progress through “automatic real-time reports”. Task targeting, publishing, and reporting in Teams will roll out to Teams in the first half of this year.

Another feature that will be added to the app this quarter is the Off-shift access control. As the name suggests, the feature will add the ability for IT admins to limit access to Teams for employees based on their shift timings. The Redmond giant adds that this feature ensures that workers are not “involuntarily working while not on shift” and “helps employers to comply with labor regulations”.

Other features announced by the company include the integration of workforce management systems such as Kronos and JDA with Shifts using the Shifts Graph APIs and SDKs, SMS sign-in for Azure Active Directory, shared device Sign-out features for Microsoft 365 apps, delegated user management through the My Staff portal, SAP SuccessFactors integration with Azure AD’s user provisioning service. All these features are expected to be rolled out in the first half of this year.

You can read more about the features coming to various Microsoft 365 Suite of apps here.