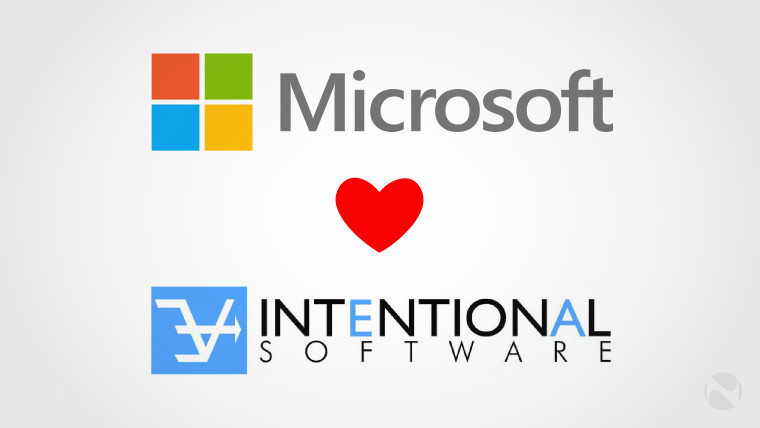 Microsoft has announced its planned acquisition of Intentional Software, a company co-founded by one of its most distinguished former employees. Charles Simonyi left Microsoft in 2002, after more than two decades with the firm, and among his accomplishments there, he oversaw the creation of Word and Excel, two of Microsoft's most important productivity-focused applications.

While still at Microsoft, Simonyi developed the concept of Intentional Programming, which aimed to make creating and managing code less complex, by basing programming on the intended behavior of an application. Microsoft wasn't interested in developing the concept commercially, so Simonyi left the company to explore his ideas independently, using the intellectual properties he had developed and patented while working at Microsoft.

In 2002, The New York Times reported that Microsoft "holds a right to be the first to negotiate with Intentional Software if the company comes up for sale" - and it's now exercising that right to purchase Simonyi's firm, bringing him back into the Microsoft family.

"This acquisition will build on the work we’re already doing to deliver the tools necessary to be productive in an information-rich world," Microsoft said today. Intentional Software’s technology and talent will enhance our existing capabilities and strengthen our ability to add new tools and services to Microsoft’s robust productivity offering."

Simonyi said that Intentional had been "working closely with Microsoft" for the last two years, leading to today's announcement. He said that the rise of interconnected devices, the vast amount of data now at our fingertips, and new interface paradigms - such as touch, pen, and gestures, among others - are all leading towards a major turning point in the tech industry, one that requires a new way of thinking about how we interact with our devices, and make better use of the information that we gather.

"Given where we are," he explained, "another sea change will require tremendous undertakings that only a company with the depth and breadth of Microsoft can bring to fruition. It will amount to reinventing productivity itself."

Microsoft said that its acquisition of Intentional - which is subject to regulatory approval - will help in its "continued effort to reimagine collaboration".