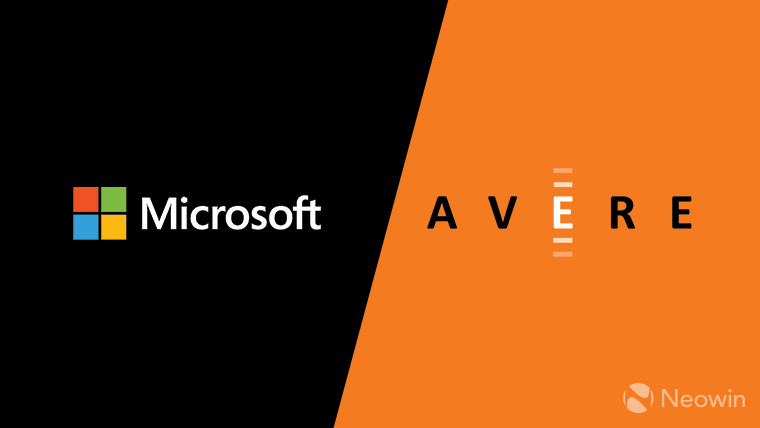 Microsoft has just announced that it entered an agreement to acquire Pittsburgh-based storage and hybrid cloud solution provider Avere Systems.

For those not familiar, Avere was established in 2008 to "use fast, flash-based storage in the most efficient, effective manner possible in the datacenter". Today, the firm enables the use of both on-premises resources, as well as the power of the cloud, across multiple datacenters and for a variety of different scenarios and industries. Some of its biggest clients include the CDC (Center for Disease Control and Prevention)'s Office of Infectious Diseases, The Library of Congress, Turner Broadcasting, Sony Pictures, and DreamWorks.

What's perhaps even more worthy of note is that the firm has gone through several rounds of investments, the most recent of which concluded on March 16, 2017. Some of the biggest contributors include Google and Western Digital, which is why it's not much of a surprise to see that the Google Cloud Platform and Western Digital-owned storage manufacturer HGST are listed as technology partners. A collaborative effort between Avere and HGST was, for example, behind the expanded production capabilities of Universal's Illumination Mac Guff studio, responsible for animated films like Minions and Despicable Me.

It'll be interesting to see specifically how Google's offering will fit into the picture as a technology partner, given Microsoft's Azure platform, and its specifically stated wish to see what impact Avere's "technology and the team will have on Azure and the customer experience."