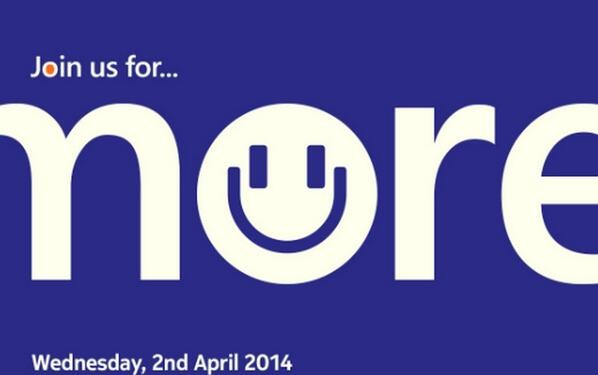 Microsoft is going to have a ton of news over the next week or so. On Thursday, the company will hold a press conference in San Francisco where it might reveal official plan to bring its Office software suite to the iPad. Now Nokia has sent out invites to media outlets, including Neowin, for yet another press event in the city, this time on April 2nd at 5 pm Pacific time (8 pm Eastern time).

As you can see, the invite shows a "Join us for More" tagline. The email also included a #MoreLumia hashtag. That's a big clue that the press event could reveal one or more new Nokia Lumia smartphones, perhaps with Windows Phone 8.1 installed. However, the invite also uses the Nokia Mix Radio logo for the "O" in "More" which might also mean Microsoft and Nokia could made some software-based announcements.

The press event is happening on the first day of Microsoft's 2014 BUILD developer conference, which is also being held in San Francisco. However, the press event is being held separately from the BUILD conference, which will hold its first keynote to kick things off at 8:30 am PT that morning. It's expected that Microsoft will reveal lots of details about Windows Phone 8.1 at the keynote.

Neowin will be attending both the BUILD conference and the April 2nd press conference so stay tuned as we plan to give you tons of coverage from both events.

Note: The original version of this story said that the press event was being held by Microsoft, when in fact it is being held by Nokia. Our apologies for the confusion.