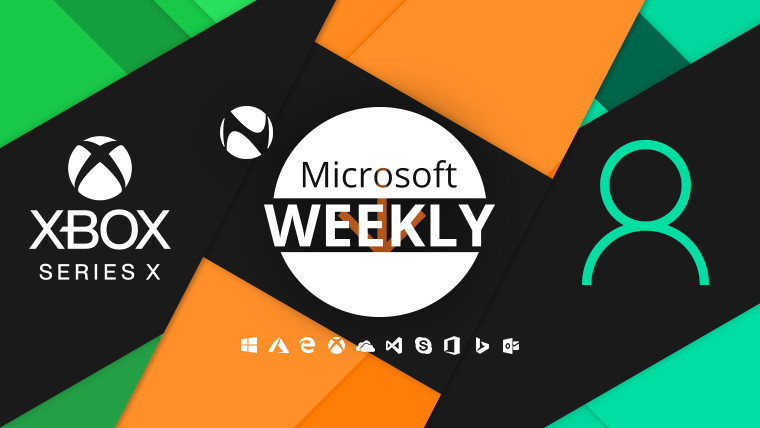 This week we finally got the full specs of Microsoft’s upcoming next-gen console, some more Windows updates, and a massive increase in Teams users. You can find that below, in your Microsoft digest for the week of March 14 – 20. 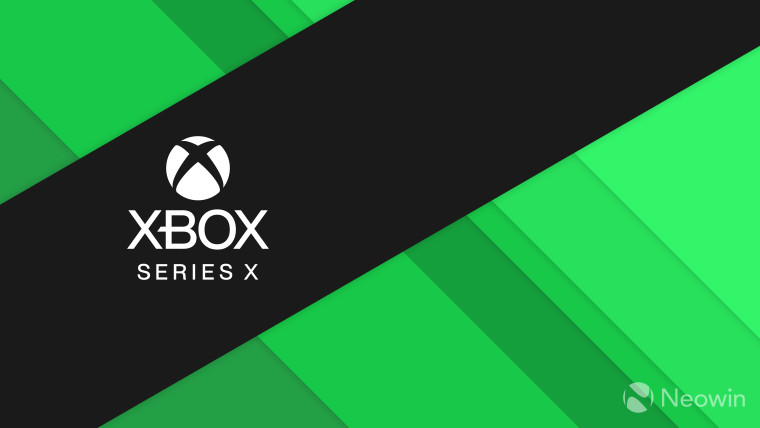 It was a rather packed seven days in terms of gaming at Microsoft, since the Game Developers Conference was supposed to take place in this time frame. However, due to the ongoing coronavirus pandemic, the event was postponed, which forced companies to go for online-only events. One such company was Microsoft, which also showed the closest look yet at the specs and controller for the upcoming Xbox Series X. But before we take a look at that and how it compares to the recently announced PS5 specs, let’s first cover the other gaming news that happened.

First off, Microsoft’s Mixer streaming service got a pretty big update introducing a new homepage, auto-hosting, AI-powered recommendations, improved quality for emotes, enhancements to the creation of Clips via the Mixer app on iOS and Android, as well as discoverability and usability improvements on Xbox, which will start to show up for Insiders testing the April system update.

There’s also a new Xbox Insider Hub (Beta) app, the reveal of DirectX 12 Ultimate to bring feature parity between PCs and the Xbox Series X – which was announced at the DirectX Developer Day -, and even the announcement that Project xCloud will support touch controls on phones.

The good news is that for those who were eagerly awaiting the release of it, DOOM Eternal is now available for PC, Xbox One, PlayStation 4, and on Stadia. If you’re a subscriber to Game Pass Ultimate, there are now Perks available to claim for the month of March, including in-game rewards for Sea of Thieves, Smite, World of Tanks, and Phantasy Star Online 2. These perks are early unlocks for the free-to-play titles and Xbox game-themed cosmetics for Sea of Thieves, such as the Ori-inspired bundle.

Some titles will be removed from the subscription though. On console, you’ll have to say goodbye to Borderlands: The Handsome Collection, Cities: Skylines, The Golf Club 2, LEGO World, Operencia: The Stolen Sun, and Vampyr. On PC, Battle Chef Brigade, Cities: Skylines, Kingsway, Operencia: The Stolen Sun, Orwell: Keeping an Eye on You and Vampyr will be removed at the end of the month.

And now, let’s focus on the full specs of the Xbox Series X as released by Microsoft, as well as how they stack up against Sony’s recently revealed PS5 specifications. For the sake of easier comparison, you can check out the table below.

As is obvious, Microsoft does have a power advantage in most areas except the I/O throughput of the SSD. However, it’s worth noting that the company also released some details concerning the controller for the Series X. Its design has been slightly tweaked to improve comfort and accommodate folks with smaller hands, the tactile dot pattern previously reserved for special edition controllers has now been added by default to the triggers, bumpers, and to a lesser extent grips, while the bumpers, triggers, and D-pad will also have a matte finish.

The D-pad is similar to the one on the Elite controller, with a deeper grove to sit the thumb in, the device now has USB-C connectivity and supports the entire Xbox One family of consoles, as well as PCs, Android, and iOS devices, and will remember devices it connected to. Bluetooth Low Energy has been implemented, along with lower latency inputs, backward-compatibility for accessories like chatpads and even a Share button for capturing screenshots and videos.

Just like the console itself, the controller doesn’t have a price tag currently. And no, despite some listings, the Series X is not coming Thanksgiving 2020. 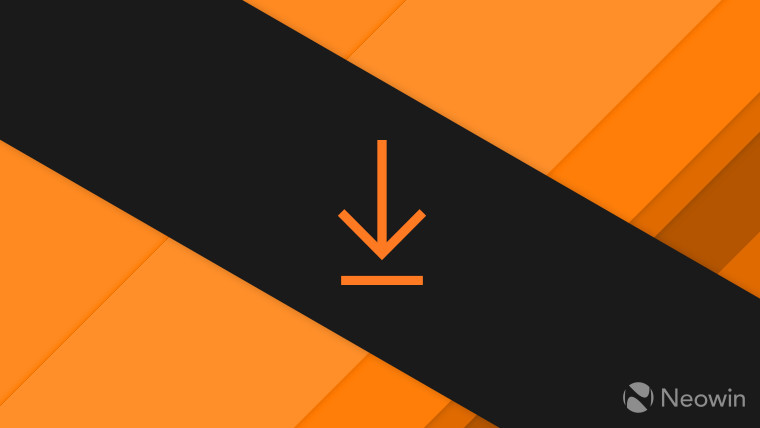 Another week and yet another set of patches arrived via Windows Update, though this time they’re optional and cover all supported Windows 10 versions, save for the newest and oldest. The updates are:

Flipping over to the Insider Program, Microsoft pushed out build 19587 from the Windows 10 vNext branch to the Fast ring. There are some minor improvements to Narrator included, as well as changes to how muting and unmuting volume is handled between Windows and the hardware volume keys on your keyboard. Issues resulting in crashes have also been fixed, but there is quite a long list of known issues to be aware of. Among them, ARM devices will not be receiving this build because it’s causing them to receive a bugcheck (BSOD), plus DISM might get stuck at 84.9%, and certain devices might get a GSOD during the reboot to install this new build.

Moving on to apps, Windows Terminal v0.10 has been pushed out, adding mouse support for the Windows Subsystem for Linux, while Skype’s Microsoft Store variant is being replaced by its desktop equivalent. This means the app will be moving from React Native to Electron, and that quite a few of the OS-level integrations will be gone, including the ability to respond to messages from notifications, as well as People app integration. To be clear, this will remain unchanged for stable channel users and is currently taking place for the Skype preview variant only.

We couldn’t talk about apps without of course mentioning Edge. On its side, Edge Canary (build 82.0.456.0 and up) has added a family safety section in Settings, while Edge Dev (build 82.0.453.2) has added this too, along with improved messaging on the Downloads management page for insecure downloads that have been blocked. If you’re using either of the aforementioned channels, you can now much more easily add multiple tabs to a new collection by right-clicking on any open tab.

In light of the COVID-19 pandemic, following in the footsteps of Google, Microsoft will also be pausing updates for Edge’s stable channel, but it will roll out security and stability updates as needed. 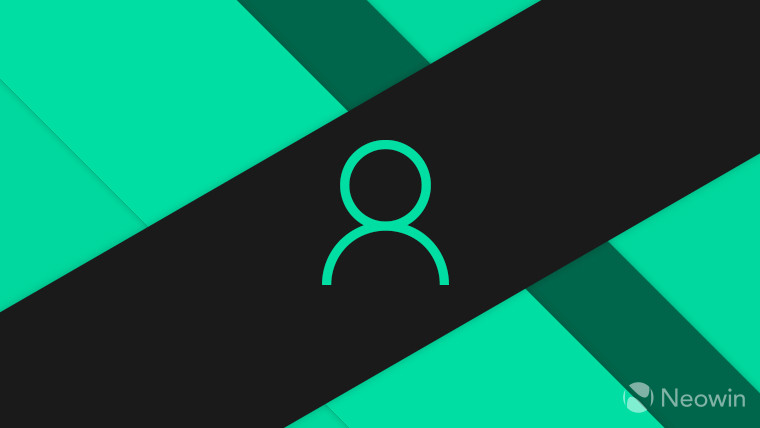 This past week was a began a little rough for Teams, as despite Microsoft offering a bunch of premium features for free, causing a surge in user numbers, the service was down for many users in Europe. The issues were eventually resolved by rerouting connections to alternate systems.

The service did get a slew of new features this week though, including real-time noise suppression, the ability to raise your hand – which is common on other platforms -, as well as the ability to pop chats outs into a separate window, plus low-bandwidth and offline support. The latter will mean that you’ll be able to read existing chat messages and write responses to them without an internet connection. On a related note, along with add-ins for Outlook mobile apps, Box also announced a new integration with Microsoft Teams.

All in all, between the new features and the surge in folks working from home, Teams got 12 million new users in the past week alone. Let’s hope that reliability doesn’t take any other hits in light of this huge influx of users.

And speaking of, Microsoft this week announced that there are now one billion active Windows 10 devices. Although the initial goal was to hit this number in two to three years – which the company expressed in 2015 -, it was abandoned a year later due to the abandonment of Windows 10 Mobile plans. 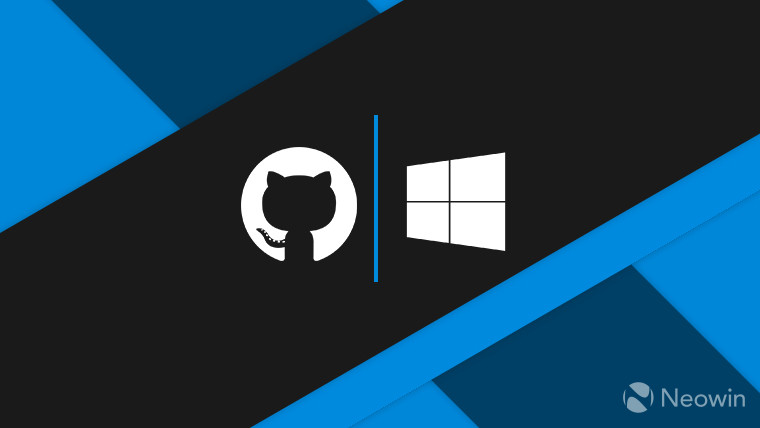 We end the column with a bit of an assortment of news concerning Microsoft.

Starting with GitHub, the Microsoft subsidiary has acquired JavaScript package manager npm. The company says that further down the line, GitHub will integrate with npm to improve reliability, and that free users of npm will continue to use it for free forever. That said, paying customers will eventually be able to move private npm packages to GitHub Packages. On a related note, in case you were waiting for them, GitHub’s iOS and Android apps are now generally available.

In order to simplify and unify its disparate approaches, Microsoft has launched a new WinUI website, which lists the advantages of the platform and deems it the modern native UI platform for Windows. The Redmond giant says devs can future-proof their apps by using WinUI, given that it’s built for both Windows 10 and the upcoming dual-screen solution, Windows 10X.

Last but not least, Microsoft has teased a new version of the Windows 10 Start Menu as part of its one billion user success video. Ditching the multicoloured backgrounds for the titles, it instead opts for a more translucent, single-colour approach that is definitely an improvement.