Last year, Nokia showed off an experiment in which it used a lightning bolt to charge a Lumia 925. Now, Microsoft and Carphone Warehouse have shown off another ever-so-slightly mad idea for charging up a smartphone, using fruit and vegetables. 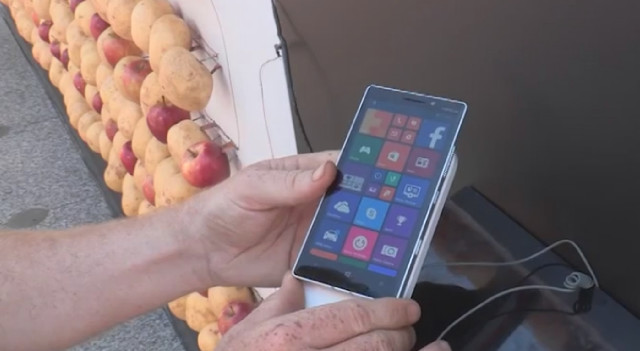 The achievements of the team are on display outside the massive Westfield shopping centre in Shepherd's Bush, West London. The two companies worked with science enthusiast and artist Caleb Charland on the installation, which is described as a 'magnificent charging art piece'.

Many of you may remember, from your school days, being able to generate electrical current from a potato. This works because potatoes are excellent conductors filled with electrolytes that facilitate the flow of electric charges, and the same applies to apples too.

Using an astonishing 800 potatoes and apples, Charland created the art/science installation called 'Back To Light', which is effectively a gigantic "organic charger" that Microsoft used to show off wireless charging on its latest Windows Phone flagship, the Nokia Lumia 930. He said that he has "never worked with anything on this scale before, and it was a challenge. By creating this large organic charger to power a Lumia 930 device, this work speaks to a common curiosity we all have for how the world works, as well as a global concern for the future of Earth's energy sources." 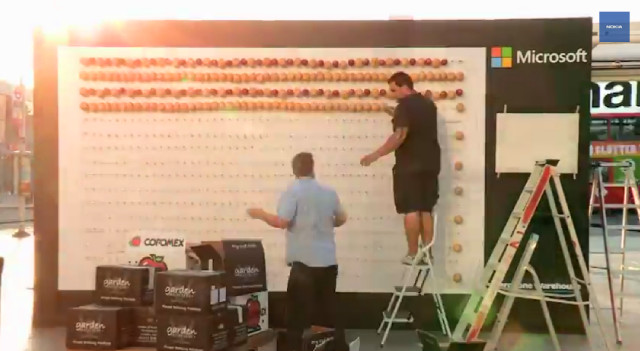 Microsoft's Thomas Messett said that, after Nokia's lightning experiment, the company was "keen to explore another way that we could harness natural energy... We have an obligation to ensure that we are always looking for new energy-efficient ways to improve the performance of our products".

Requiring hundreds of fruits and vegetables - and at over 20ft wide and 8ft high - the Lumia organic charger isn't quite as convenient as the wireless chargers available in stores, but it's still a pretty neat concept. Check out a bit more on the installation in the video below: