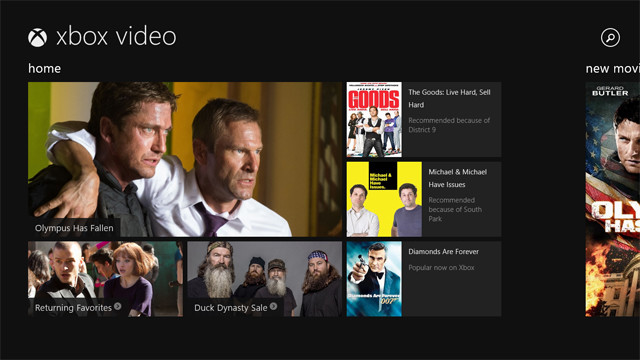 Microsoft recently overhauled the Xbox Music app alongside the Windows 8.1 preview release about a month ago, and now the Xbox Video app is finally receiving the same treatment.

As with the new Xbox Music app, the updated Xbox Video app features a darker color scheme and some slight interface changes, though the functionality of the app remains largely the same. The darker interface notably matches the black dashboard found in Microsoft's upcoming Xbox One video game console, which the company said is designed to make content "more vivid and easier to navigate."

The Xbox Video app was previously updated alongside the Windows 8.1 preview to feature search improvements and the ability to download videos while using other apps.

Despite the overhaul, Microsoft doesn't appear to have updated the description for the app's listing on the Windows Store, though that's not uncommon for the company. Microsoft routinely pushes out app updates prior to updating their associated descriptions with change logs.

Windows 8.1 preview users who want to download the updated app can do so by opening the Windows Store and checking for updates under the settings charm.