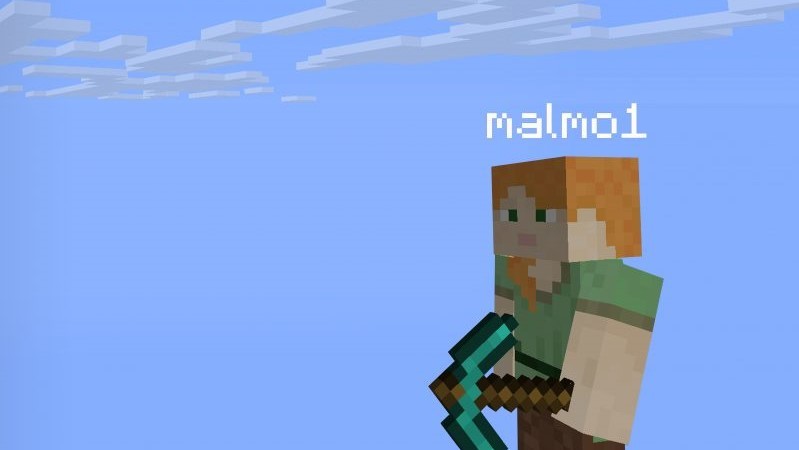 Current AI-based software mostly focus on mastering specific human tasks with the goal of outperforming humans or defeating them in competitions. One famous example is Google's AlphaGo, which recently defeated the current world number one Go player in all the three matches played between them during the "Future of Go Summit" in China.

But another important area of artificial intelligence, particularly if we expect it to cooperate with humans and with other AIs, is collaboration, which is currently far less explored. Humans usually cooperate by communicating with each other, anticipating and interpreting each other's intentions, and by applying social intelligence. Such abilities aren't crafted into successful competitive AIs such as AlphaGo because mastering them is not the goal, but being able to collaborate is essential for the future of AI as a whole.

With that in mind, Microsoft created The Malmo Collaborative AI Challenge, which focus on three main unsolved challenges posed by collaborative AI. First, on how AI agents could learn to recognize other's intentions. Second, on how AIs could learn to be helpful when cooperating toward a common goal. And finally, on how AI agents could communicate with one another and coordinate actions based on a previously agreed and shared strategy for achieving the common goal. According to Oren Etzioni, CEO of the Allen Institute for Artificial Intelligence:

This is part of a broader trend of rethinking AI as augmented intelligence rather than artificial intelligence.

For the Challenge, Microsoft developed a Minecraft-based mini-game in which players need to work together to achieve a common goal: to catch a virtual pig. The AI agents could work on their own or by teaming to catch the pig, which earned them points used to evaluate their efficiency. Such a challenge mirrors the theoretic “stag hunt” game, a classic example based on game theory that models the trade-offs between choosing to work together or alone.

Of course, such a mini-game is far from a real cooperation between humans and AI-based software has yet a long way to go before mastering such skill. Either way, the environment created has offered a way to test some early ideas on the matter.

The Challenge, which ended early last month, awarded to the top teams either a placement at the AI Summer School at Microsoft Research Cambridge, UK, or a Microsoft Azure for Research Grant Prize, with a maximum value of $20,000. Those teams have used cutting-edge machine-learning approaches such as deep learning and reinforcement learning to train their AI agents.