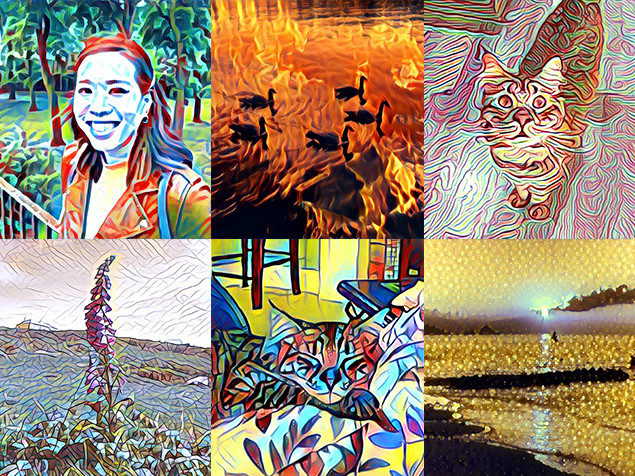 It was almost a year ago when Microsoft launched Pix, an iOS app that helped users take better pictures through the use of artificial intelligence. A year later, the team has updated the app's feature set, bringing some fun into the mix.

What you see above are examples of the new features called Pix Styles and Pix Paintings. Pix Styles is a way to transform your images that take inspiration from popular works of art. While the examples above might look like a simple filter, it is actually a bit more complicated.

Josh Weisberg, a principal program manager states that "Pix Style transfers texture, pattern and tones to the photo in the selected style, transforming it into a distinct creation". So that means that unlike a filter that just applies an effect over an image, Style will apply customized and unique alterations depending on the image.

With Pix Paintings, users can create a time-lapse of a picture, that emulates the effect that it is being painted. There are different artistic styles to choose from, each with its own unique look. Much like Pix's ability to shoot excellent photos, the new features that debuted today will also rely on artificial intelligence to get the job done. For those interested, you can head to the App Store and download it to your supported iOS device.