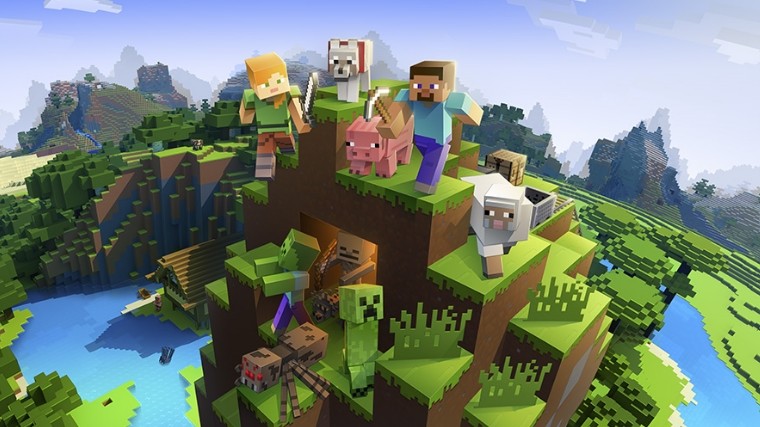 In a game of executive musical chairs, Microsoft has been rearranging the people heading up its gaming division in recent months. After Phil Spencer was recently promoted to the Senior Leadership Team at the company, head of Minecraft Matt Booty was this week promoted to take his place. A longtime employee of Microsoft, Helen Chiang, will now occupy the vacancy left by Booty in heading up Mojang.

Alongside other tidbits about her new role and the success of Minecraft in a recent interview, Chiang revealed some rather amazing statistics about the world-building sandbox. The game has not only sold 144 million copies across all platforms to date but also reached a new record for active monthly players last month; Chiang remarked:

We just recently set a new record in December for monthly active users, so now we're at 74 million monthly active users — and that's really a testament to people coming back to the game, whether it's through the game updates or bringing in new players from across the world. That's really our goal, to keep building the community that we have.

That 74 million figure is a testament to the staying power of the Minecraft franchise, which Microsoft bought for a whopping $2.5 billion, much to the surprise of some naysayers; e﻿ven the company's two former CEOs were initially perplexed by the wisdom behind the move but Microsoft's careful nurturing of the game and its expansion to multiple platforms, alongside a bevy of regular and meaningful updates adding new content and improving various aspects of the game have allowed it to even surpass the likes of PlayerUnknown's Battlegrounds and Fortnite, the latter of which now boasts a player count of 45 million as of last month.

Needless to say, Minecraft is quickly turning into one of the most significant products under the Microsoft brand,﻿﻿ and with the company's increased focus on gaming and Chiang's leadership, that's likely not going to change anytime soon.