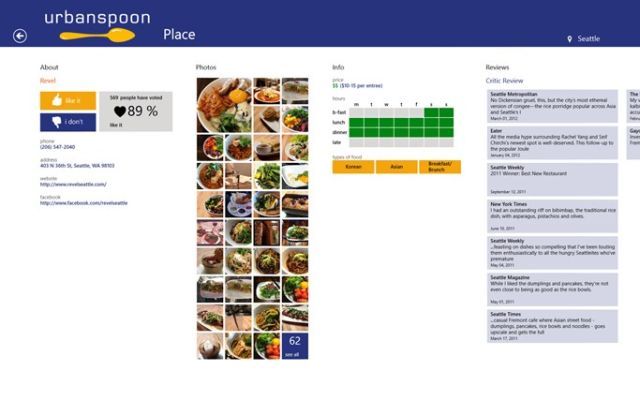 One of the new apps, which was actually demoed at Microsoft's Windows 8 launch event in New York but did not appear in the store until Saturday, is Urbanspoon. This app allows the user to find the best places to eat from the company's database of 800,000 restaurants.  Users can share restaurant info with friends or vote up or down on the places they have visited.

Yet another major app that's now available in the store is Flixster, which offers news and information about movies (via Rotten Tomatoes) along with a way to download and purchase movies. Unfortunately, this first release is getting hit with some bad reviews so we would suggest waiting until a later release of the app before trying it out.

What happened? The Wall Street Journal reports that a Barnes and Noble rep would only said the Nook Windows 8 app would be launched "within weeks" but offered no word as to why the app was delayed.