Microsoft's just released financial results for the quarter that ended on March 31 include some interesting tidbits of information about the company's various businesses. 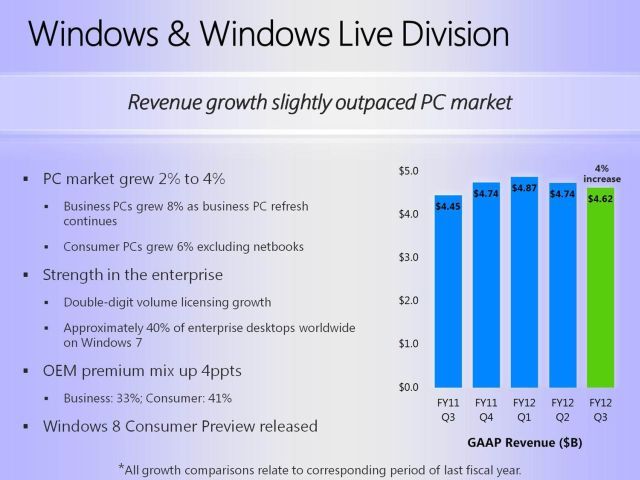 Even though Microsoft is just months away from launching Windows 8, the PC sales numbers show there is still demand for machines that run on Windows 7. Microsoft said the overall PC market grew between two to four percent in the last quarter, with business PCs growing by as much as eight percent. That should show that the PC industry still has some life in it, despite some people saying we live in a "post-PC" era. 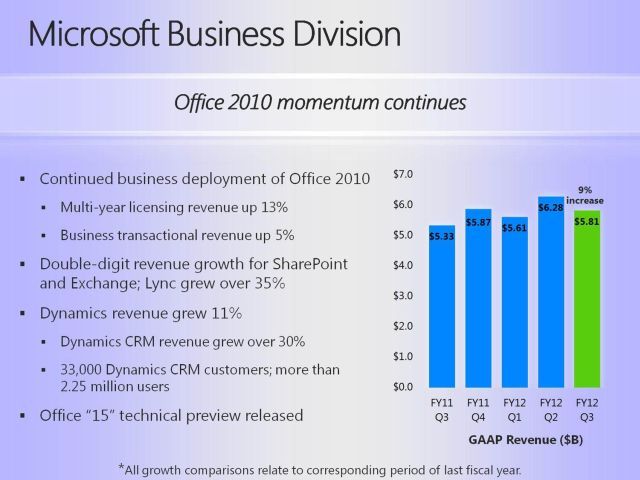 Even though Microsoft released Office 2010 nearly two years ago, Microsoft's numbers showed that Office 2010's multi-year licensing revenue went up a whopping 13 percent in the last quarter, with business transactional revenue up by five percent. 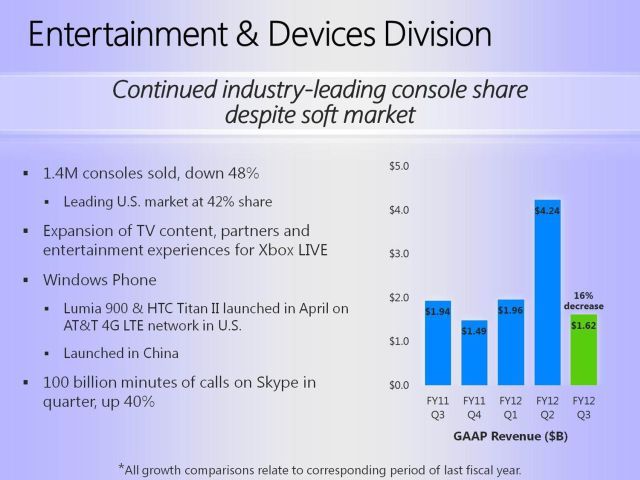