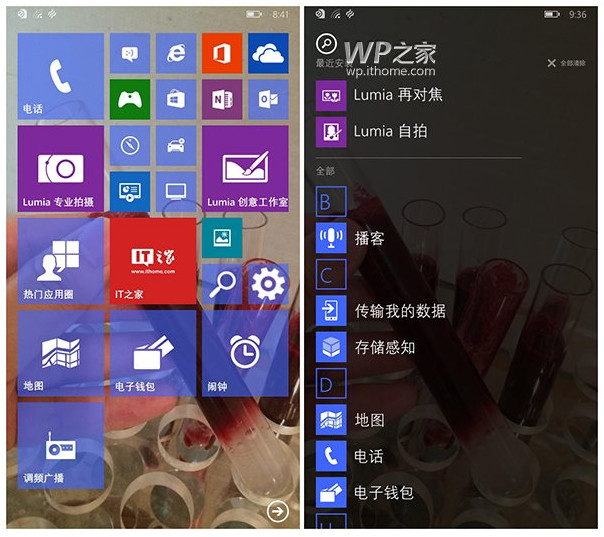 At Microsoft's Windows 10 event in January, they stated that a build of Windows 10 for phones would arrive in February in the form a technical preview. While the company has not officially announced anything yet, we have seen a few leaks recently that lead us believe that the release should be coming very soon.

This time around, we are seeing most of what was shown off in January but the difference here is that this build is out in the wild and not locked inside the walls of Redmond. When we got to see Windows Phone 10 at the January event, we were not allowed to use the device and could only observe a Microsoft employee use the OS.

The images show the transparent live tiles that we have seen on the Xbox dashboard and the 'all apps' panel now features transparency too.

Not much else can be seen in these images but we do hope that this means the release for those who want to test the new OS will be arriving soon. Windows 10 for phones will be Microsoft's next strategic play at trying to acquire more than 4% of the smartphone market; with universal apps and quite a bit of excitement around Windows 10, this is their best chance yet to claw back a few users who currently reside in the Android and iOS camps.