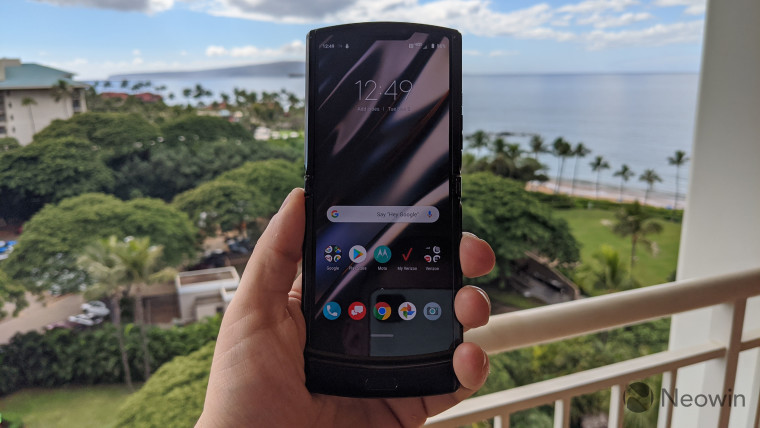 The Motorola Razr went up for pre-orders on Verizon this past weekend. Alongside the pre-orders, Motorola released a bunch of videos on YouTube highlighting the Razr and its foldable display.

One of the videos titled "Caring for razr" highlights everything that one needs to know about using a phone with a foldable plastic screen and how to take care of it. Motorola says in the video that the "screen is made to bend; bumps and lumps are normal."

This is interesting because on the Galaxy Fold, bumps and lumps on the screen were the first signs of a display failure. On the Razr though, Motorola says that such bumps are normal and they are a part and parcel of using a foldable device.

In the video, Motorola recommends customers to fold the device before keeping it in a bag or a pocket. The company also says not to apply any screen protector on the display as it could do more harm than good and to keep sharp objects away from the screen.

The good thing is that the Razr is water repellent and if you get the device wet, Moto recommends you just wipe it with a dry cloth.

For anyone who followed the entire Galaxy Fold saga, none of this should really come as a surprise. But for others, the video serves as a good reminder as to how foldable devices are a bit different than regular smartphones in terms of the care they require.

The Motorola Razr is currently up for pre-order on Verizon and goes on sale on February 6. It will retail for $1,499.