Mozilla, the company behind the worlds third most popular browser, Firefox, is undergoing a re-brand that it feels reflects its commitment to a "healthy internet" in a time when the web is becoming a more commercialised, and more important tool than ever.

The firm, a not-for-profit and long term champion of open source, started a re-branding process in June 2016. It went through two phases, dubbed 'designing in the open' and 'now we're talking', intended to reflect its commitment to internet openness, as well as the of value of feedback and collective thinking.

Designers and creative thinkers have been invited to contribute toward its new brand identity and have settled on a new logo which champions the brand using a creative process which shows its commitment to open source.

Deciding on a simple logo that shows the company's internet based heritage, designers replaced the 'ill' in Mozilla with the three symbols used to separate protocols from destinations on pretty much any web browser, ://

But the redesign is about more than just a new logo. Mozilla is looking for way to convey that it does more for the internet than simply provide one of many free browsers, it wants to ensure that it's thought of as part of the very fabric of the internet, and as a champion for open standards;

At the core of this project is the need for Mozilla’s purpose and brand to be better understood by more people. We want to be known as the champions for a healthy Internet. An Internet where we are all free to explore and discover and create and innovate without barriers or limitations. Where power is in the hands of many, not held by few.

Today, we believe these principles matter more than ever. And as a not-for-profit organization, we’re uniquely able to build products, technologies, and programs that keep the Internet growing and healthy, with individuals informed and in control of their online lives.

Our brand identity – our logo, our voice, our design – is an important signal of what we believe in and what we do. And because we are so committed to ensuring the Internet is a healthy global public resource, open and accessible to everyone, we’ve designed the language of the Internet into our brand identity.

Alongside the new logo, Mozilla announced it's intention to keep the brand 'evolving' in-line with the internet itself. As such, we'll see the logo above used alongside an array of ever-changing imagery, reflecting the ever-changing internet and how it's thought of throughout out the world; 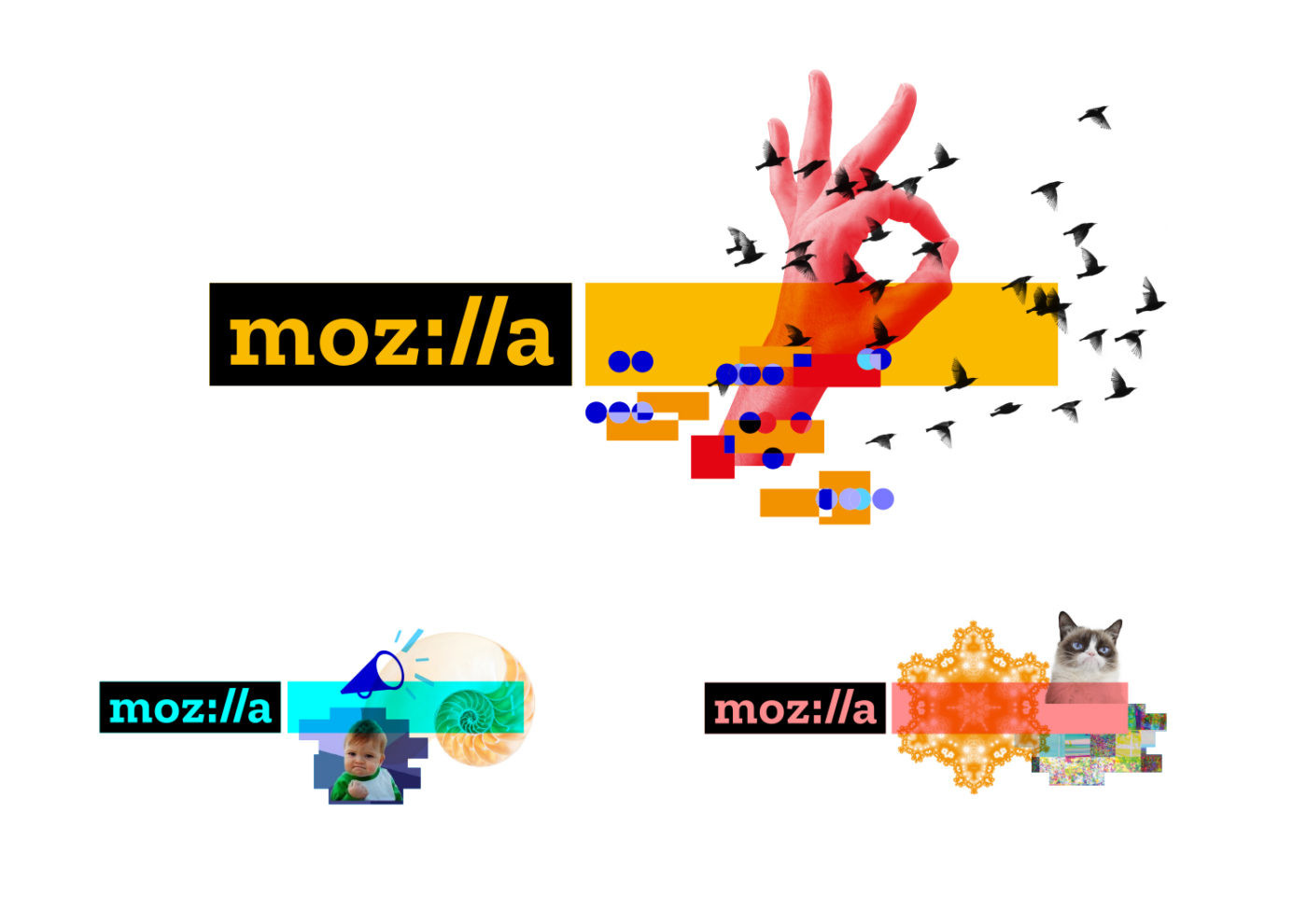 And as you might have guessed, the creation of the imagery that will adorn various Mozilla brands and products will be curated using an open process;

We intend to invite artists, designers, and technologists to contribute to an imagery collective, and we’ll code curated GIFs, animations, and still images to flow into mozilla.org and and other digital experiences.

Lastly, alongside the new logo and new imagery, Mozilla has commissioned a new font with partner Typotheque named 'Zilla'. The new font will predictably be free and open to all, though like the color palette, color pairings, intensities, and style guide, it's not available just yet.

More examples of the new branding, as well as news and updates are available on the Mozilla blog.