If rumors are to be believed, Nvidia is reportedly launching the RTX 3090 Ti in four days time on March 29. As such, details on an AIB variant of the card as leaked out today, something that is quite common ahead of launches like this. The leaked model is a Suprim X RTX 3090 Ti from MSI and the images show that the card is massive, a really thick design to accommodate for the enormous heatsink lying under the fans' shroud. 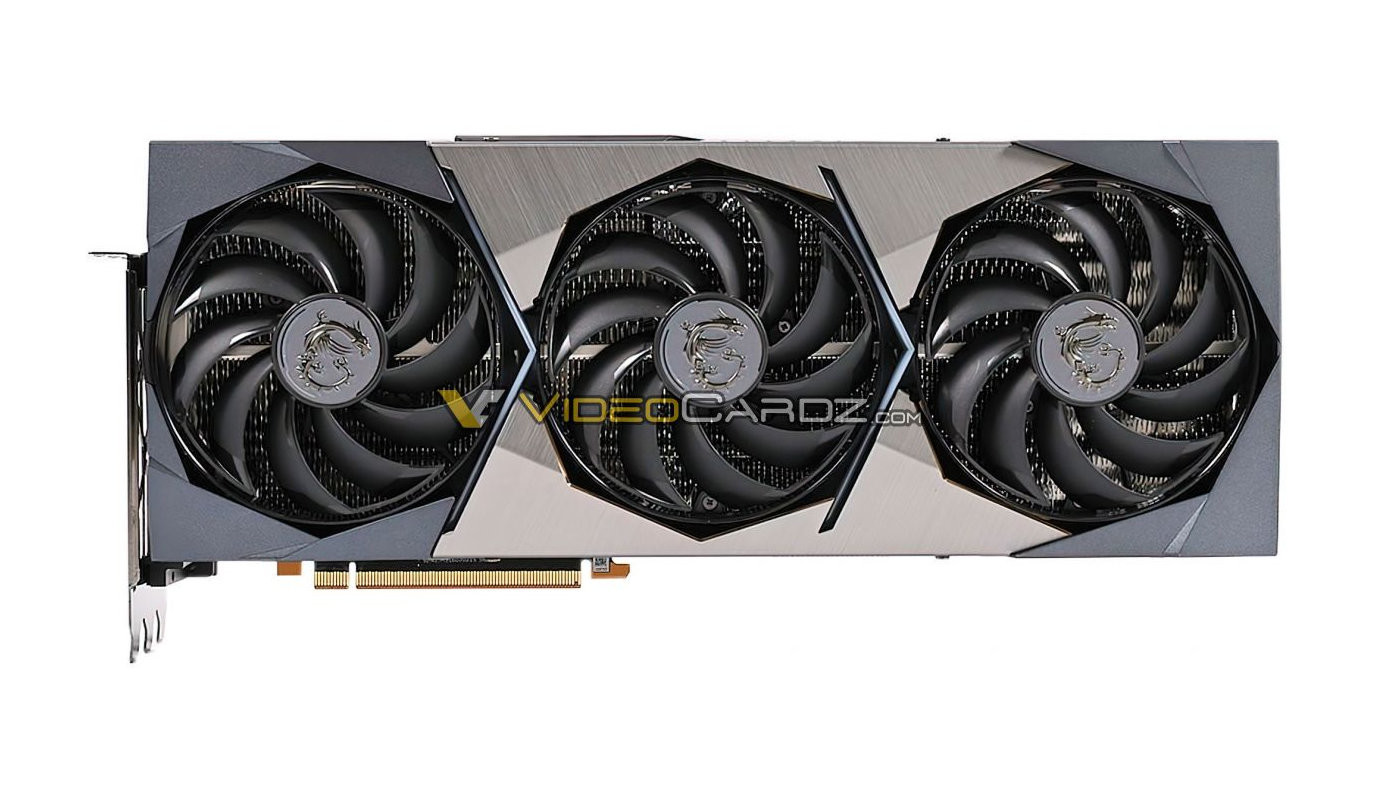 The top view of the card (image above) is pretty standard as it doesn't give away the girth of the card, but it's the side view really shines light on that feature. The card is seemingly a 3.5-slot design.

From this side view, along with the thickness of the card, a second noticeable feature is the 16-pin PCIe 5.0 power connector on the model. According to reports, the 16-pin (12+4) connector will be able to provide 600W of power, which is 150W more than what a 12-pin power connector can do.

And the GPU needs this headroom for a good reason. The Founder's Edition 3090 Ti is rumored to feature a 450W TDP or TGP, and the MSI Suprim X model here apparently takes that up to 480W, as per the report today. 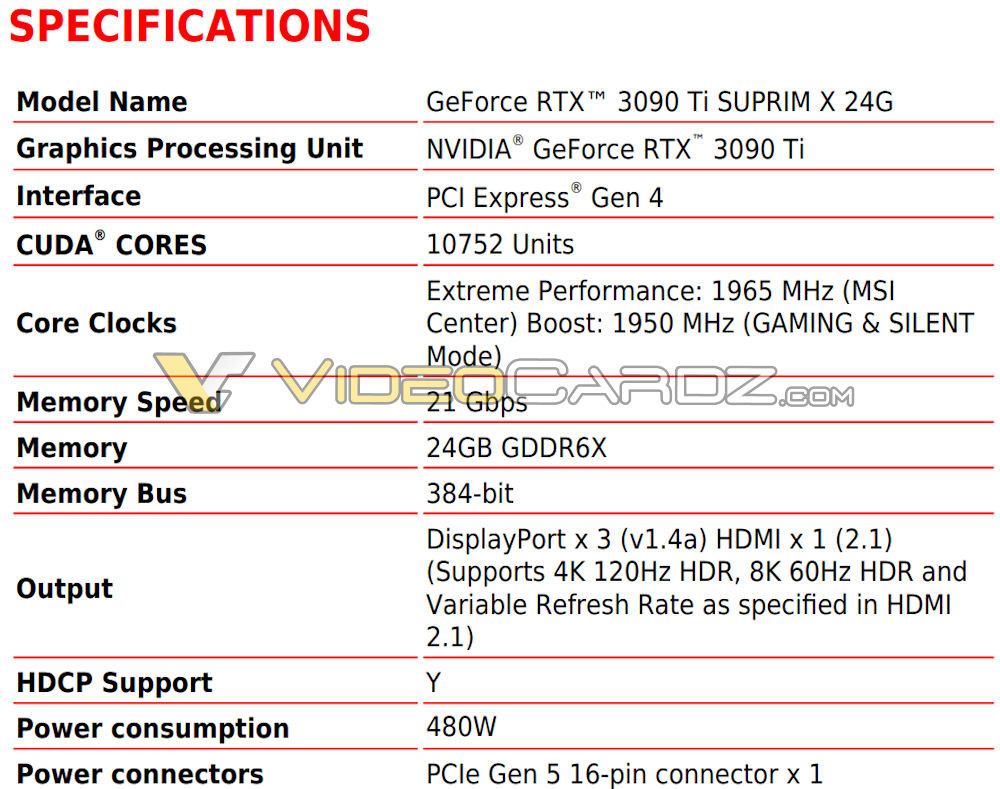 A report from igor'sLab suggests that Nvidia is using the RTX 3090 Ti as a test run for its next-gen RTX 4090 based on the Ada Lovelace architecture. There could certainly be some truth to these reports as rumors put the card as one that gobbles down 600W of power.