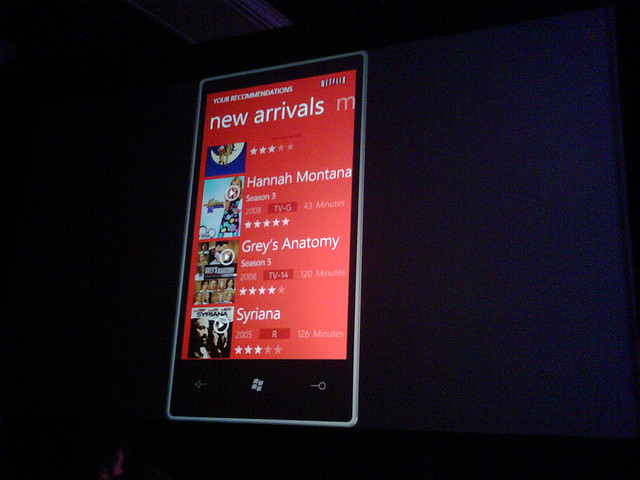 On Monday, Netflix announced that it will be bringing its popular service to the WP7 platform. Available today in the United States and Canada, WP7 users can download the app from the WP7 marketplace.

Netflix is one more tier 1 app that WP7 needs if it wants to survive in the fiercely competitive smartphone marketplace. By allowing users to stream to the WP7 device, Netflix is able to expand its reach and Microsoft gains another crucial app to its growing marketplace.

As the WP7 marketplace continues to play come-from-behind, it needs all the help it can get from other corporations. As with most platforms, they are defined by their marketplace, and as the platform matures, its crucial to have continued 3rd part support.