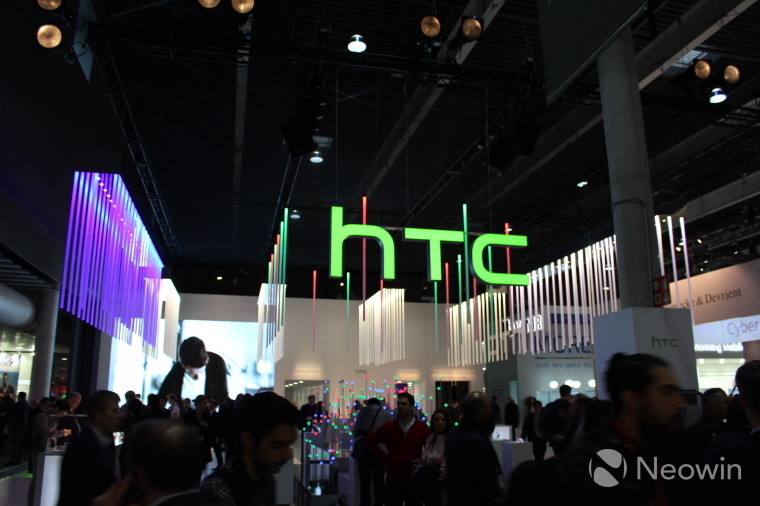 As we set foot into 2016, it's time for another year of new releases from the likes of Samsung, LG and others. This month, Mobile World Congress (MWC) will undoubtedly become the world stage where most companies will announce their upcoming handsets for the year. While we have already seen snippets of information via several leaks, news about HTC's upcoming handset has been scarce.

While we now know that it is code-named 'Perfume', and would reportedly have the same design as the M9, we were even tipped to some of it's specs a week ago. Evan Blass (@evleaks) has now shown off a shot of the upcoming One M10 which you can see below.

One important detail to take away from this is that there is no front facing HTC logo anymore, in fact Blass tweeted as much hours before putting up the 'live' image in his Twitter feed. Blass later followed up by saying "Truth is, I've seen a more glamorous shot of this phone, and it looks better. Wait until the company shows you before passing judgement." when people were left unimpressed with the minimalist design choice by HTC.

R.I.P. Branded HTC strip. Never has a logo been hated so much, by so many. pic.twitter.com/c9B8eYaG8I

As a reminder, last week we learned that the handset will offer a 5.1-inch Quad-HD AMOLED display, a Snapdragon 820 processor with 4GB of RAM and will run Android 6.0.1. The handset will also offer a fingerprint scanner that is embedded into the home button, and a new laser-assisted 12 Ultrapixel camera.

Those hoping for a reveal at MWC will also be a bit disappointed, as it is being tipped that the struggling HTC will forego a showing at the conference and instead hold a private event at a later date.