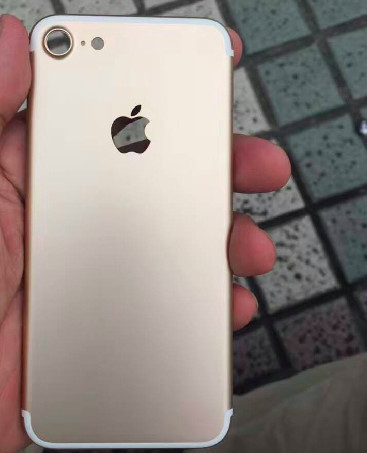 Later this year, the world will get its official reveal of Apple's next iPhone. But, like every year, what we will see on stage won't be quite the surprise Apple had hoped for, due in part to the persistent amount of leaks that have been posted online since late 2015.

While we have slowly gotten to know the next iPhone through case leaks and other less detailed visuals, as we arrive closer to the announcement date, we have seen images of the expected handset in all its glory. The next iPhone looks to follow the general design of the current iPhone 6 and 6s, but should offer small revisions like a revised antenna design and camera with accompanying hump.

Perhaps one of the largest changes to the upcoming iPhone will be its removal of the standard 3.5mm headset jack. Apple will reportedly bundle a Lightning headset for use with the new phone. Although the newly leaked image to the right shows nothing new, it does come to solidify previous reports about that handset and its final design.

Source: NowhereElse
Editor's note: The title of this article was slightly amended shortly after publication.