An OS update is always welcome (and often at least a little bit exciting), and many Android users have been waiting with bated breath for the next one to arrive. That wait will soon be over, with news that the next update to Android is already beginning to roll out - but it's not the big leap to version 5.0 that many have been hoping for.

It's actually Android 4.4.3, an incremental update to the most recent major release, KitKat. There has been no announcement from Google detailing the update yet, though; instead, news of its arrival comes via T-Mobile. 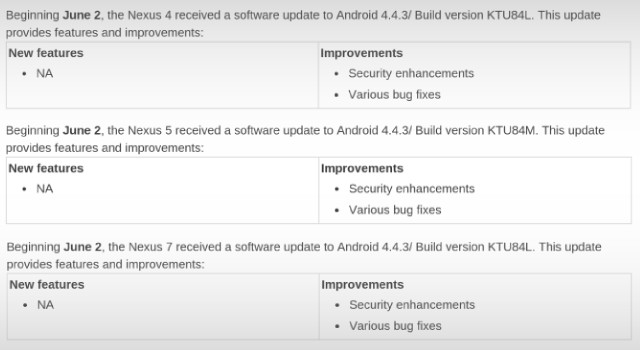 As Android Police reports, the US carrier revealed on its support site that the 4.4.3 update would begin rolling out to three Google Nexus devices on its network: the Nexus 4 (upgrading it to build version KTU84L, with a download size of 91.7MB); the Nexus 5 (build KTU84M, 77.9MB) and the Nexus 7 (build KTU84L, 91.7MB). T-Mobile says that the update will bring no new features at all, focusing instead on unspecified "security enhancements" and "various bug fixes. 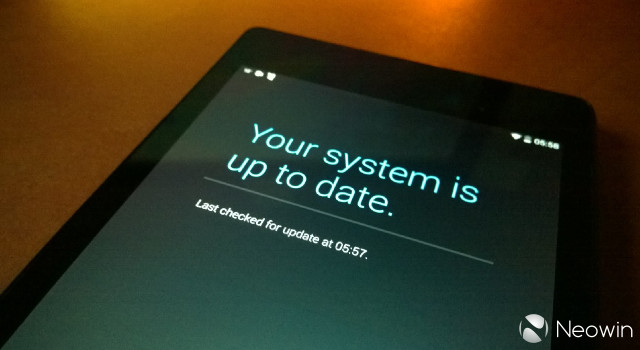 If you don't yet see the update available on your T-Mo Nexus 4, 5 or 7, don't panic - the carrier did say that the rollout was "beginning June 2", which sounds like a staggered rollout which could take days, or perhaps even weeks. With T-Mobile already starting to deploy the update over-the-air to these devices, it seems likely that other carriers and manufacturers will soon share the new KitKat love with their customers too.