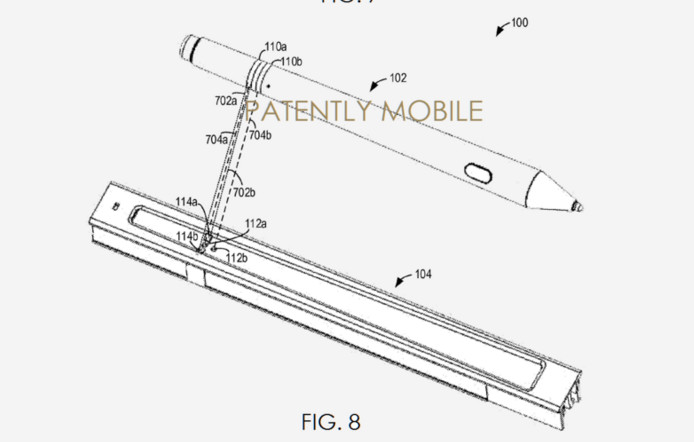 A new patent has been discovered that might see advancement in future iterations of the Surface Pen. The patent would allow Microsoft to implement a magnetic charging system that could be built into future Surface devices.

According to the folks at Patently Mobile, Microsoft filed a patent for a Surface Pen that will be able to recharge courtesy of a dock. Looking at the documentation, it looks as though the dock is meant to be integrated into a device and not a standalone product. While the current Surface Pen for the Surface Pro 4 adheres to the device magnetically, it does not charge via the connection and instead relies on a single AAAA battery. Although the standard battery is not too much an issue, giving users several months of battery life, having it charge when docked would be an added convenience.

While a rechargeable Surface Pen might not necessarily appear in the next generation of Surface products, it is nice to see that Microsoft is thinking of new solutions to bring added convenience to owners of its Surface line.