Nokia has announced two new handsets at an event held in Singapore earlier today. The Finnish handset manufacturer unveiled the E72 and the 5530 XpressMusic without any leaks or teasers which usually accompany a handset's impending arrival. Some would have expected Nokia to play up the arrival of such relatively significant handsets. 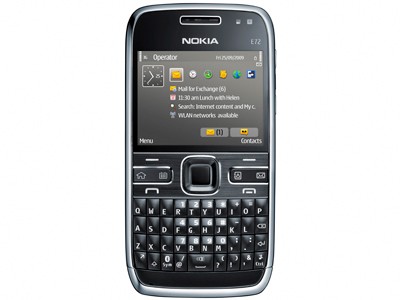 The Nokia E72 is the successor to the E71, "Nokia's most successful QWERTY device", in their business centric E series devices. The E72 now sports a 3.5 mm audio jack, a 5 MP camera and 10.2 Mbps connections over HSDPA, over the E71's 2.5 mm audio jack, 3.2 MP camera and 3.6 Mbps connections over HSDPA. The device also comes with an "optical navigation key", similar to the optical trackpads used on many other handsets. It also features improved sound quality with noise cancellation, a torch and a digital compass. Other changes over the E71 are mostly cosmetic. 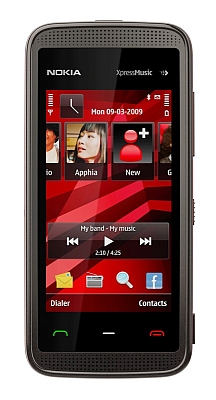 The Nokia 5530 XpressMusic is Nokia's third touch screen based handset and successor to the 5800 XpressMusic, also known as the "Tube" on the internet. The 5800 was Nokia's first attempt at touch screen handsets and featured a modified Symbian S60 v 9.4 OS to handle touch input. Opinions on the device were divided, with some criticising its rushed and dodgy user interface and others praising its relatively low price point.

The Nokia 5530 XpressMusic looks to improve on its predecessor with a more compact size and better user interface. It features a 3.2-megapixel camera with LED flash, Bluetooth, WiFi, and EDGE, widescreen video playback at 640Ã—360, hot-swappable MicroSD slot (4GB included) and a standard 3.5mm audio jack. The Contacts Bar on the home screen now lets you save 20 contacts, compared to only 4 on the 5800. The Contacts Bar allows the user to "quickly call or send a message, review conversation history, or follow the contact's feed". The device lacks 3G connectivity, which is a step down from the 5800.

The 5530 XpressMusic is expected to retail for a very affordable €199 (~$280), compared to more expensive devices in its class.