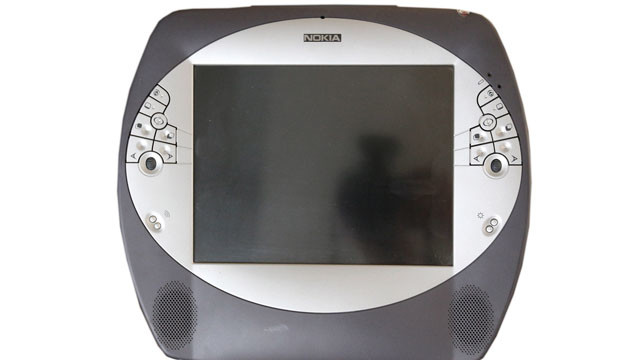 Even as Nokia transfers its Devices and Services division to Microsoft later today, a recent article from its home country of Finland reveals that the company created a touch screen 10 inch tablet PC in 2001, several years before the launch of the iPad.

The Digitoday site has the information, along with some images, of the tablet, the Nokia M510. It used Epoc, an early version of Nokia's Symbian OS. It had an email and calendar client, along with a version of the Opera web browser. It had 32 MB of RAM and 32 MB of Flash memory. Even though it had a touch screen, it still had buttons to control some features on either side of the 800x600 display.

The M510 was a pretty heavy tablet at 4.14 pounds and its battery only lasted four hours. The article claims that Nokia actually made 1,000 units of the tablet before it was canceled. Apparently, Nokia's consumer research came in and suggested there was no market for such a device.

Most of the 1,000 models were destroyed. The team members who worked on the M510 each got to keep one unit, and the article estimates just 130 of the tablets still survive.