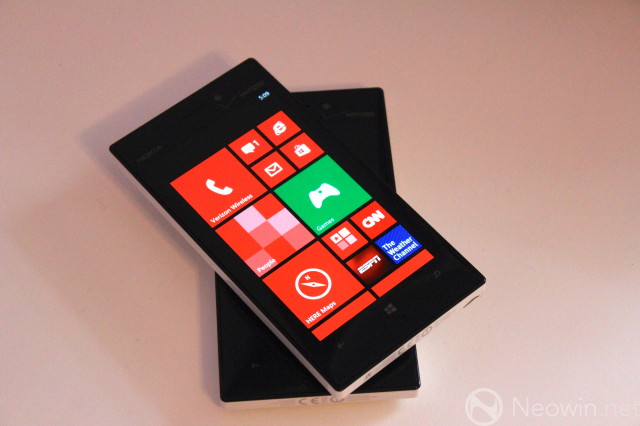 Two Windows Phone handsets - but the identity of Goldfinger and Moneypenny remain a mystery, for now

Windows Phone 8.1, also known as Windows Phone Blue, is expected to ship early next year and it looks like @evleaks has once again gotten the scoop on two upcoming Nokia devices that will run the latest version of Microsoft’s mobile OS. While little is known about the two devices, at this time, it seems that the first two 8.1 devices will be Goldfinger and Moneypenny.

As with previous Nokia leaks, once the code-names start appearing in the wild, it doesn’t seem to take long for the specs and eventually press images of the devices to make their way out of the Nokia vaults. Considering that nearly all of Nokia’s recent devices have leaked before their official public appearance, it probably won't be long before we learn all the juicy details on these handsets too.

Nokia Goldfinger and Moneypenny are shaping up to be the first Windows Phone Blue devices.

A few tidbits about Windows Phone 8.1 have surfaced over the past few weeks including that Microsoft could remove the ‘back’ button from the chassis and that WP8.1 will support devices with up to 10in screens. Also, many hope that Windows Phone 8.1 will finally bring a notification center to the platform and VPN support as well.

We hopefully won’t have to wait too long to learn more about Windows Phone 8.1, which is expected to ship in the first half of next year, but until Microsoft makes the announcement, it’s back to the rumor-mill for any sort of tidbits about what to expect.