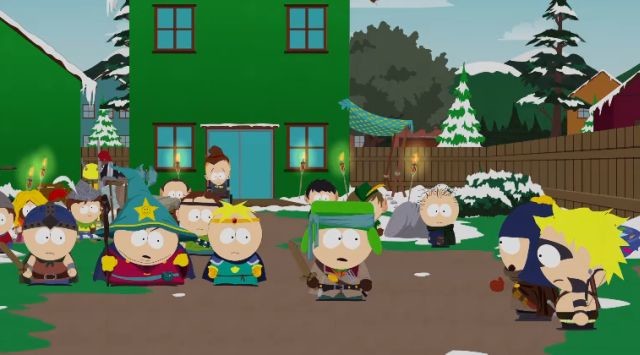 As we get closer to the launches of both the Xbox One and PlayStation 4 consoles, there will likely be lots of analysts and experts on television giving their opinion on which device is better. For our money, no one has explained the Xbox One-PS4 battle better than Trey Parker and Matt Stone, to hilarious effect, in the latest episode of their long running animated series "South Park."

The episode, "Black Friday", can now be seen in full on the South Park Studios website (no embed features, unfortunately). It shows the kids preparing to go to the stores on Black Friday in order to get a next-gen console for as cheap of a price as possible. However, it appears that some of the children in town want an Xbox One and others want a PS4. The kids rattle off each console's features, both good and bad, showing that Parker and Stone know their hardware and software features.

The episode also parodies the whole "Black Friday" shopping event in general, along with the Elmo doll, "Game of Thrones", and more. However, it's the conflict between the two groups of South Park kids over which console is better that's the center of the episode. We won't spoil the ending, but let's just say the battle seems to go one way, and then goes in a new direction.