The Nokia Lumia has been benchmarked and lets all hope that the numbers are not representative of performance. TNW got their source to benchmark the upcoming device and initial results show it to be behind the pack in most areas.

The benchmarks show that the Lumia 800 falls flat when compared to outsiders like the Samsung GS II or even the aged iPhone 3GS, but it does remain close in performance to that of the HTC Titan. It should be heavily noted that the source of the benchmarks does say the device feels ‘slick and smooth’ and ‘not laggy’. We all know that raw performance stats are not the entire picture but you would think that this device would be competitive to the iPhone 3GS. 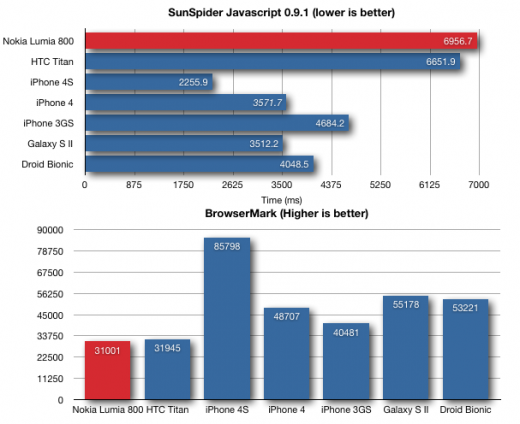 Other tidbits about the Lumia 800 are that it does not have a front facing camera and is otherwise similar to the N9. Also, the recently released HTC Titan does not match up to the benchmarks of older phones (as shown above) and no performance issues were raised with that device. 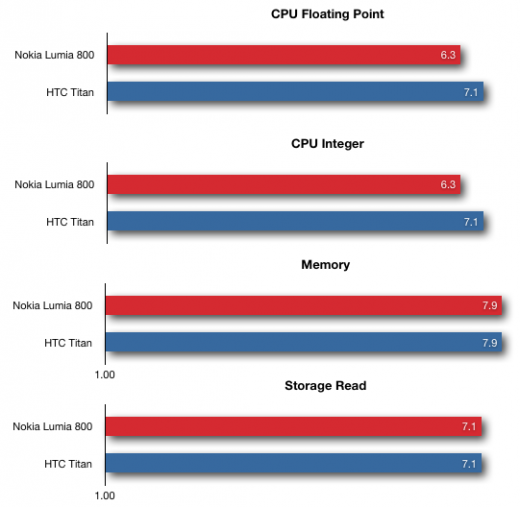 Benchmarks are only a small portion of the equation when it comes to performance. While the Lumia 800 may be lower than the pack in these tests, that does not equate to poor performance. You can find more benchmarks over at TNW.