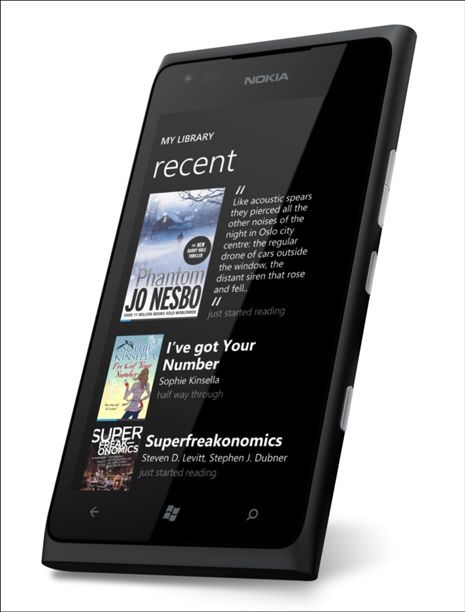 Nokia is starting to give its Lumia smartphones a new and exclusive eReader app. First announced in February during the Mobile World Congress, the company said today that the Nokia Reading app will now be available to download this week in a number of countries for its lineup of Lumia smartphones.

The first countries that will gain access to the Reading app will be France, Germany, Italy, Russia, Spain and the UK. Other countries will be able to download the Reading app for their Lumia device over the rest of 2012.

The app will let Lumia users find, buy and read eBooks. Users in different countries will find a number of books written in their native language to download, and there will be some English language books that will be available worldwide.

Nokia also says that the Reading app will let users read eBooks well even with the relative small size of the Lumia touch screen. The blog states, "On a Lumia, the ClearBlack Display helps reduce reflections on the screen, and Microsoft’s ClearType technology renders fonts cleanly, without jagged curves."

Improvements to the Reading app are already in the works, including adding support for audio books as well as a RSS news reader called News Stream.