Today is September 15th and so far, Nokia has sent no such invites to the media for a press conference. This weekend, two sources, WPCentral and the @evleaks Twitter account, posted word that Nokia has pushed back the event and it will now occur on October 22nd.

The most likely reason for the delay is that both the 1520 and the tablet are not expected to actually show up in stores until sometime in November. It's more than possible that Nokia wants to hold a media event at a time closer to when the devices will actually go on sale. 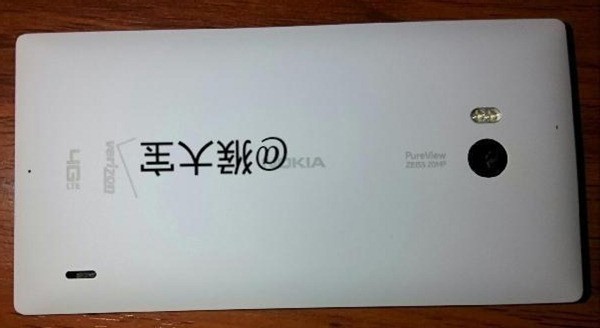 Speaking of which, a Weibo account posted up an image this week of what looks like the back of the 1520, except that it has a Verizon logo on the back. Previous rumors claimed that it would be launched on AT&T first. If this image isn't a fake, it's possible that Verizon Wireless might be getting a variant of the 1520 at some point.

Source: WPCentral and @evleaks on Twitter | Image via WPCentral