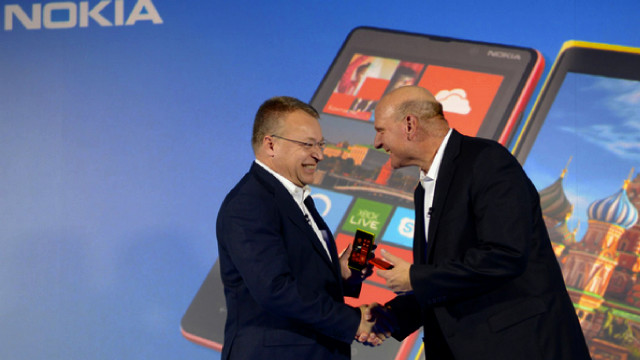 Nokia shareholders met today at an extraordinary general meeting (EGM) to vote on whether or not to accept the terms of the company's proposed sale of its devices and services business to Microsoft. The deal, which was first announced in September, is worth €5.44bn EUR ($7.35bn USD / £4.57bn GBP), and also includes provisions for Microsoft to license patents from the Finnish company.

Following a shareholder vote at the EGM, John Stoll, Stockholm bureau chief for The Wall Street Journal, tweeted that the deal has now been approved:

Microsoft, you got your wish. Nokia shareholders green light $7B handset deal at meeting in Helsinki.

Nic Fildes, Technology and Communications Editor at The Times, tweeted that 78% of those eligible to vote had already voted before the EGM. Of those early votes, a staggering 99% had voted in favour of the sale to Microsoft:

At Nokia EGM for approval of sale of devices unit to Microsoft. A done deal as Nokia says 99% of pre-registered votes (78%) have said yes

The exact breakdown of votes including those who voted at the EGM is not yet known. The deal is still subject to international regulatory approval, but is expected to be completed early next year.

Nokia handsets currently account for over 90% of Windows Phone sales, which has given cause for speculation that other manufacturers may turn their backs on Microsoft's mobile OS once the deal is completed. However, ZTE has confirmed that it will launch new Windows Phones next year, after Microsoft executives offered reassurances to the company. Microsoft reportedly told ZTE that it wanted to ensure that a variety of manufacturers continued to offer Windows Phones.