It looks like former id Software programmer John Carmack is the center of a new legal conflict between his old employer and his new one at Oculus VR. Today, the Wall Street Journal reported that ZeniMax Media claims in new legal letters that Carmack improperly took its IP when he joined Oculus VR as its Chief Technology Officer. 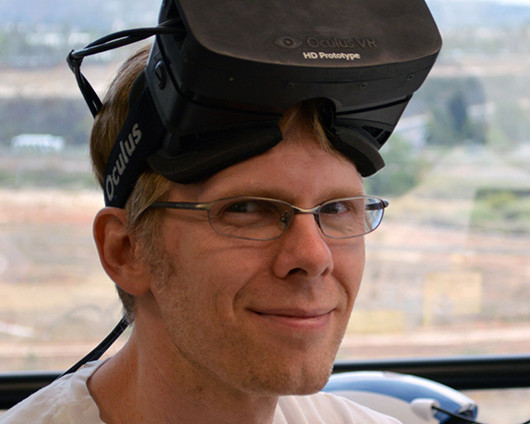 The report claims that the legal letters were sent to both Oculus VR and Facebook, which is in the middle of acquiring the company behind the Oculus Rift virtual reality device. ZeniMax, which bought id Software in 2009, claim that Carmack helped to develop the hardware and software for the helmet while he was still employed as the game developer's lead programmer.

Carmack left id, and ZeniMax, in December 2013 to join Oculus VR, and at the time he claimed that ZeniMax didn't want to support virtual reality technology with id's upcoming games such as the revival of Doom.  Now ZeniMax is seeking some kind of compensation for Carmack's efforts. In a statement, the company said, "ZeniMax believes it is necessary to address these matters now and will take the necessary action to protect its interests." In a statement of its own, Oculus VR said, "It's unfortunate, but when there's this type of transaction, people come out of the woodwork with ridiculous and absurd claims. We intend to vigorously defend Oculus and its investors to the fullest extent."