Xbox fans who checked out Microsoft's official Xbox.com website today got a little bit of a surprise as the company decided to debut a new design for the site well ahead of the Xbox One console launch, currently scheduled for November 22nd. 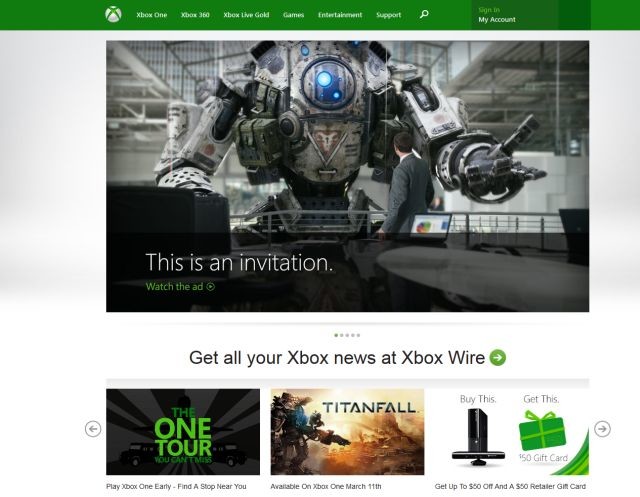 The new look and layout is meant to replicate the flatter UI of the Xbox One's dashboard, which is also the subject of a new demo video that was also placed on the official page today. The clip is a quick tour of some of the Xbox One's features, including things like recording gameplay instantly via voice command that's heard by the Kinect add-on. It also shows how the UI handles snapping Internet Explorer and using it while watching a TV show at the same time while receiving Skype calls from friends.

Microsoft is supposed to launch its full Xbox One TV commercial campaign today, with the 90 second ad being shown during many NFL games. It will also be shown in the coming weeks during shows like The Big Bang Theory, The X Factor, Saturday Night Live, Modern Family, The Walking Dead, Sons of Anarchy, and Duck Dynasty in the U.S.