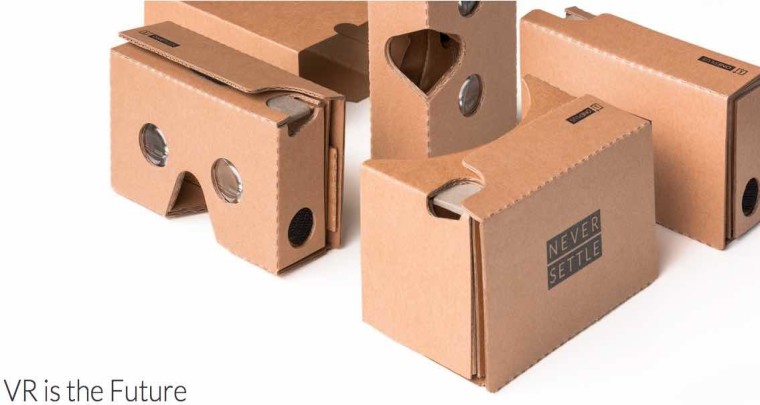 Google 'Cardboard' made its debut over a year ago and it was a cheap solution to push VR into the hands of everyone. OnePlus is offering its own iteration of the headset for free ahead of the 'OnePlus 2' launch scheduled for July 27th.

Last month, OnePlus announced that it would be doing something a little different for the launch of its next flagship, the OnePlus 2. Instead of holding a traditional launch event, OnePlus will have a VR event that can be viewed by all. Naturally, not everyone has a VR headset, but OnePlus is going to rectify this issue by attempting to put a Cardboard VR unit in the hands of those that order. The headset is now available for free (plus $5 USD shipping) and will begin shipping orders by July 10th.

While OnePlus has yet to provide a glimpse of its next handset, we have seen reported leaked images of the device. What we do know is that the OnePlus 2 will offer a Snapdragon 810 processor, USB Type-C connector and fingerprint sensor.

For those interested in obtaining a OnePlus Cardboard, hit the source link below to start the process. Quantities are most likely limited and shipments will begin in a week. The OnePlus 2 launch event will take place on July 27 at 7pm PST.