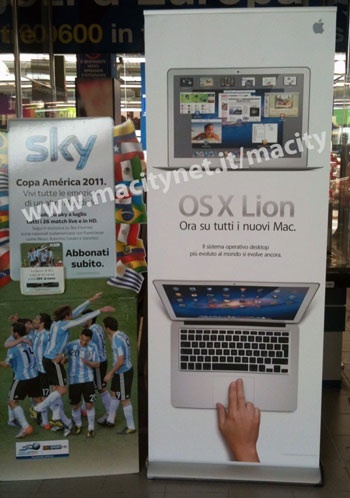 Ever since Apple said that OS X Lion would be shipping in July, it seems that it has been rumored by some individual or website that each day of the month would be the launch day. But, this time around, it looks like tomorrow might be the actual day.

New signage has begun showing up at third party retail sites, according to MacRumors. In addition to the new signage, Apple is also holding an overnight work session at its retail locations for employees. It is believed that this is to prep the retail locations for the new OS and possibly some new hardware too. 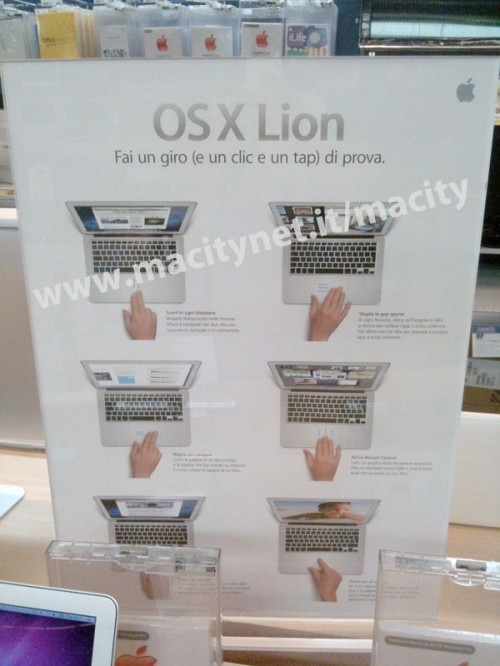 Finally, Macitynet.it posted up additional images of the new OS but it was requested that they be taken down. With all of these images showing up and an overnight shift planned, it seems certain that Apple will be launching OS X Lion tomorrow.

The new OS from Apple brings many new features to the table and also brings a bit of iOS flare to it as well. Many believe that this will be the start of the convergence of the OS X experience into that of the iOS world.

Finally, it has also been rumored for some time that Apple will also release new hardware starting tomorrow as well. Rumored, but not confirmed, suggests that we will see new MacBook Airs, potentially a new Mac Mini, or possibly an updated MacBook.