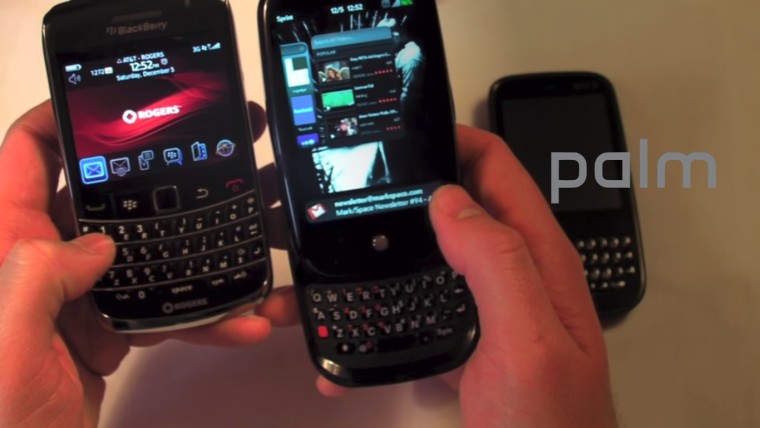 At the turn of the 20th century, and in the following years, Palm was offering a considerable number of devices for people looking to buy PDAs and smartphones – years before Apple came along and shook up the industry with the iPhone, followed by Google with Android.

Palm, in the fury of competition, launched webOS in 2009, a successor to Palm OS. Unfortunately, things didn't quite work out for the company and ended with it being acquired by HP in 2010.

HP, eventually, launched the TouchPad in July 2011 but halted production due to low sales by October, the same year. At the time, HP was selling the tablet for $99, making it a great purchase for the courageous who were willing to test their luck by flashing it with Android.

In the beginning, HP had plans to bring the OS to desktops and license it to other manufacturers; by the end, it was having trouble even negotiating a deal to sell it. Today, the company’s work is scattered across the industry: Qualcomm holds the webOS patents, LG licenses it for its smart TVs, and TCL owns the Palm brand.

It’s been a few years since TCL have had the possession of Palm’s brand, but it seems that 2018 will be the year for it to make a comeback.

TCL’s General Manager for Global Marketing, Stefan Streit, have said in an interview with Android Planet, that the company intends to reveal new Palm-branded devices in early 2018. It’s unclear how many devices TCL plans to announce, but they are likely to be powered by Android, rather than webOS – that's solely being developed by LG for its smart TVs. Streit says that the company will market its products towards current-adults who grew up with the Palm brand in their young years.

TCL acquired the rights to use BlackBerry’s brand in 2016, and have had quite a bit of success with the KEYone – its first BlackBerry-branded smartphone. Palm’s brand could find success with TCL in a similar fashion, but only time will tell what luck has in store for the adults craving for some nostalgia of Palm.