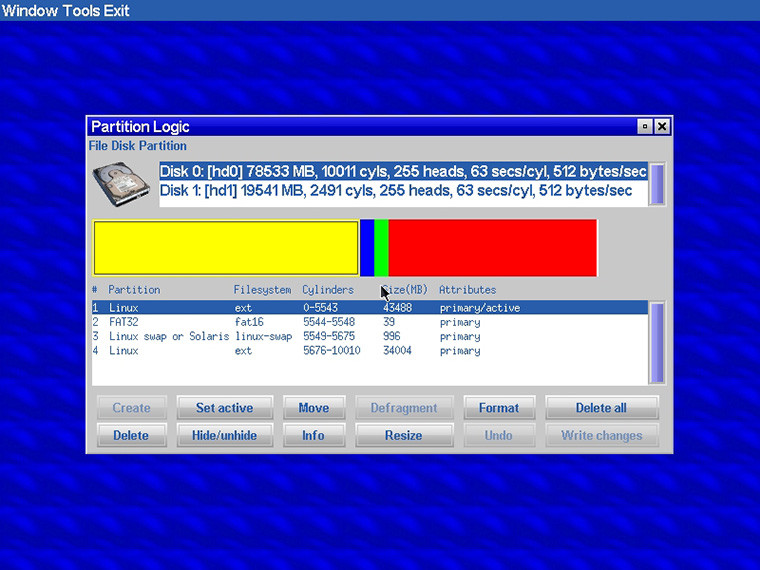 Partition Logic is a free hard disk partitioning and data management tool.  It can create, delete, erase, format, defragment, resize, copy, and move partitions and modify their attributes. It can copy entire hard disks from one to another. It is intended to become a free alternative to such commercial programs as Partition Magic, Drive Image, and Norton Ghost...

Partition Logic is free software, available under the terms of the GNU General Public License. It is based on the Visopsys operating system. It boots from a CD or floppy disk and runs as a standalone system, independent of your regular operating system.

Partition Logic has the following limitations: