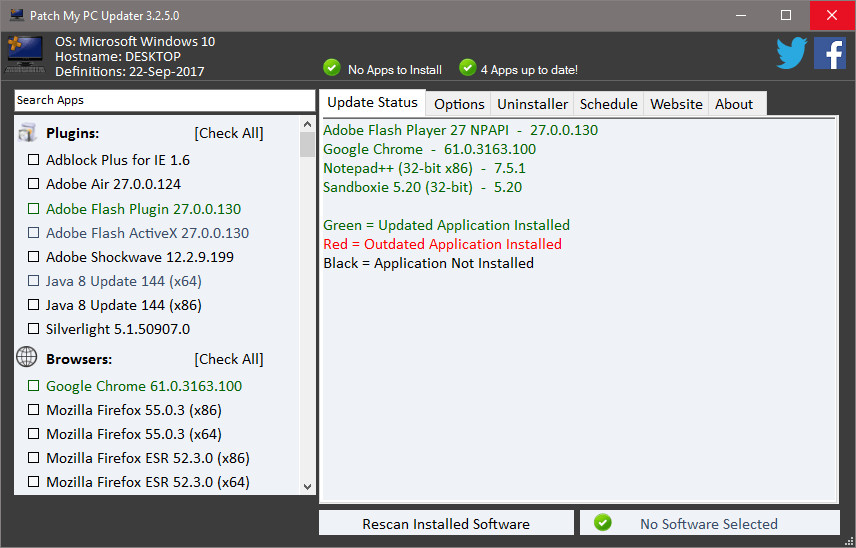 Patch My PC Free is a portable and reliable tool which can quickly check your PC for outdated software. The supported third-party programs include a large number of widely-used applications, including Adobe Reader, Mozilla Firefox, Oracle Java, Apple Quicktime, iTunes, Microsoft Silverlight and many more.

Notes: Please vote for the apps that you would love to be added in Patch My PC, if they are not in the poll please request it in the comments in the poll page.