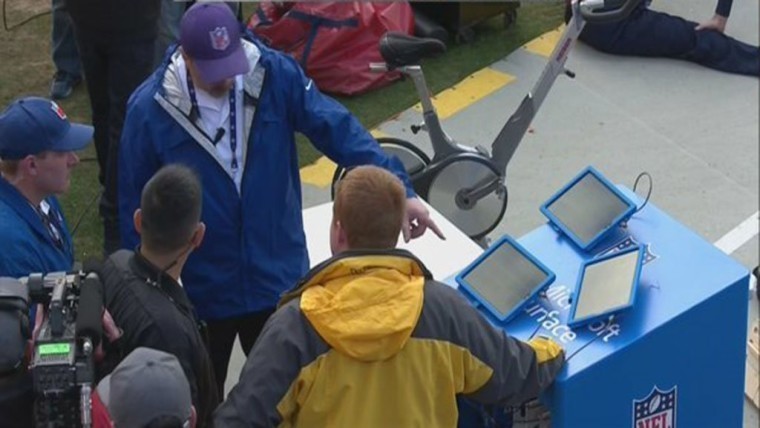 The NFL has been using Microsoft's technology on the sidelines for a couple of years, and for the most part it seems to be going pretty well. The Surface Tablets on the sidelines are locked down to avoid giving any team an advantage, but during the Patriots and Broncos game today, some of New England's tablets began having issues, as identified during the broadcast on CBS.

While the specifics of the issues were not disclosed, a Microsoft Surface representative told the announcers that while Denver's Surface tablets were working fine, the Patriots' tablets would be hardwired to keep them working. It's unclear if this relates to networking or power.

The issue resulted in the hashtag #SurfaceGate on Twitter, where some people predictably bashed Microsoft based on some of their past performances. This is one instance where Microsoft probably would've preferred that they were called iPads.

UPDATE: It appears, based on a tweet from The Verge, that the issue was indeed network related and has been 100% restored.

Neowin has also received the following official response: "Our team on the field has confirmed the issue was not related to the tablets themselves but rather an issue with the network. We worked with our partners who manage the network to ensure the issue was resolved quickly.”