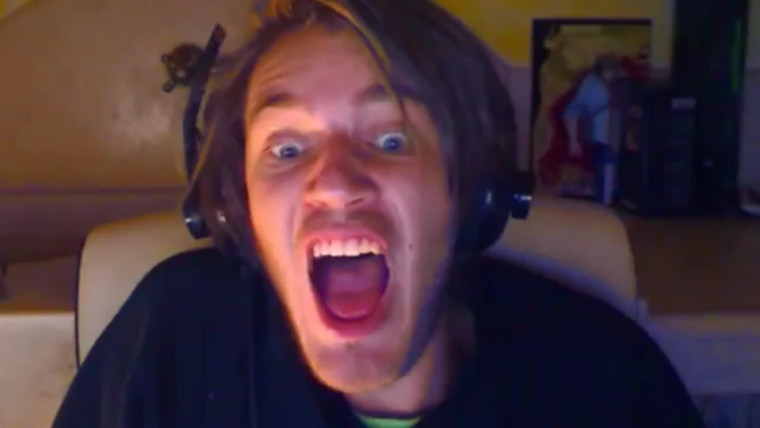 The world's largest YouTuber, PewDiePie, has used a racial slur while he was broadcasting himself playing PlayerUnknown's Battlegrounds. The YouTube star, whose real name is Felix Kjellberg, has over 57 million YouTube subscribers and reportedly made at least $15 million last year through advertising revenue.

Sean Vanaman the co-founder of Campo Santo, a studio that developed a different game called Firewatch, tweeted that he intended to file a DMCA (Digital Millennium Copyright Act) takedown of Kjellberg's Firewatch videos and has invited other companies to do the same with their content after he saw the footage of Kjellberg using the n-word. Kjellberg's footage of him playing Firewatch have since been taken down, but it is not clear yet whether this was due to the DMCA takedown request, or if it was PewDiePie himself who took it down as a precautionary measure.

A DMCA takedown allows the copyright owners of certain material, such as a video game, the ability to request for that content to be withdrawn from a website. The footage of Kjellberg using the racial slur is below, but do note that it contains a number of expletives.

Kjellberg apologized immediately after using the slur and his supporters have tried explaining that English is not his first language, however, a more formal statement from Kjellberg has yet to be issued. This is not the first time that the YouTuber has found himself in hot water; in February, Disney cut its ties with the YouTuber due to the anti-semitic and Nazi imagery present in some of his videos.

Following the recent incidents in Charlottesville, Kjellberg said that he would no longer make jokes about Nazism or Jewish people, as right-wing outlets such as Daily Stormer had paraded themselves as being his number one fan site after he had become associated with Anti-Semitism.