Facebook has created quite a stir recently by issuing an invite to see their "New Home on Android." Many speculated that their "new home" would be the Facebook Phone, which has been rumoured for a while. HTC has been unofficially named as the chosen partner, creating a mid-range phone which will have a custom homescreen, according to multiple reports. Mark Zuckerberg denied that Facebook was developing a phone, but it seems they're making one in conjunction with another manufacture.

9to5Google has teamed up with the @evleaks Twitter account to provide new photos of Facebook's "new home" on Android. The new HTC handset may be called the "First," which @evleaks notes is appropriate as it is the first, real Facebook phone - excluding the ChaCha, which had a Facebook button - and "First" is similar to "One," which happens to be HTC's current flagship device.

The UI of the device has already been revealed by Android Police, who obtained a copy and @evleaks has provided pictures of the device, which definitely bears a strong resemblance to the iPhone 5. 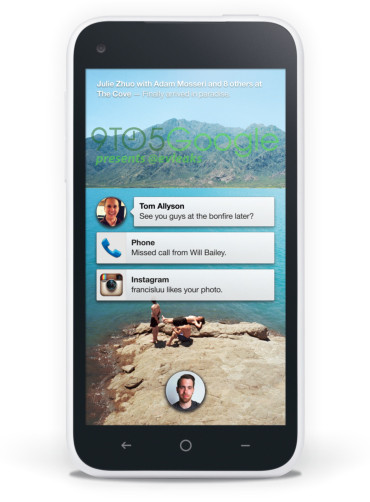 The above image shows a notification screen, which has the user's profile picture below - why the user's profile picture is situated there is still a mystery. The phone includes a circular button in the middle, which may be used to take the user "home," like many Android devices. The other two buttons are fairly obvious, with the right button bringing up the menu. Both appear to be capacitive, in keeping with HTC's design ethos. 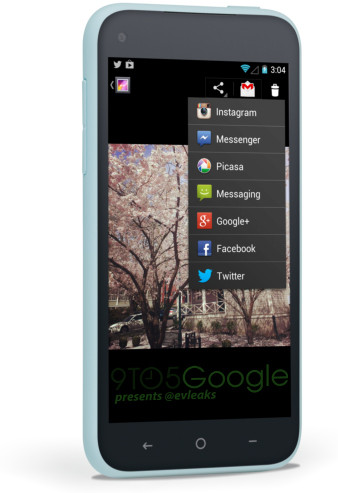 The device will feature some standard Android UI elements, including the sharing menu (pictured above). The new device will feature photography heavily, and may possibly be the first fruits of Facebook's $1 billion purchase of Instagram. 9to5Google stress the "focus on full-screen photography," which may be one of the best selling points for the phone. Flickr, the previous photo sharing behemoth, has lost an awful lot of relevancy to apps like Instagram and services such as Facebook.

Engadget notes that the First will come in a variety of colours, including red, white and blue. 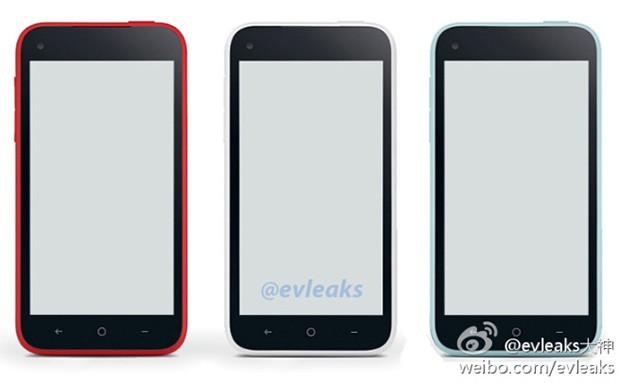 Regarding specs, the First is expected to include 1GB of RAM coupled with a dual-core Snapdragon S4 Plus MSM8960. Camera-wise, the First will feature a 5 megapixel rear censor, which may displease those who wish to leverage the full capabilities and photo sharing options. For Skype and selfies, the First includes 1.6 megapixel front-facing camera. The display will be 4.3-inch, and will have a resolution of 720p. The phone will reportedly run Android 4.1.2 (Jelly Bean), with a Sense 4.5 skin, and a Facebook skin.

Facebook is set to hold their event on Thursday the 4th of April.